Two Weeks in Portugal. Days 3 and 4: Drive from Lisboa through Arrabida to Alvor and Exploring around there.. 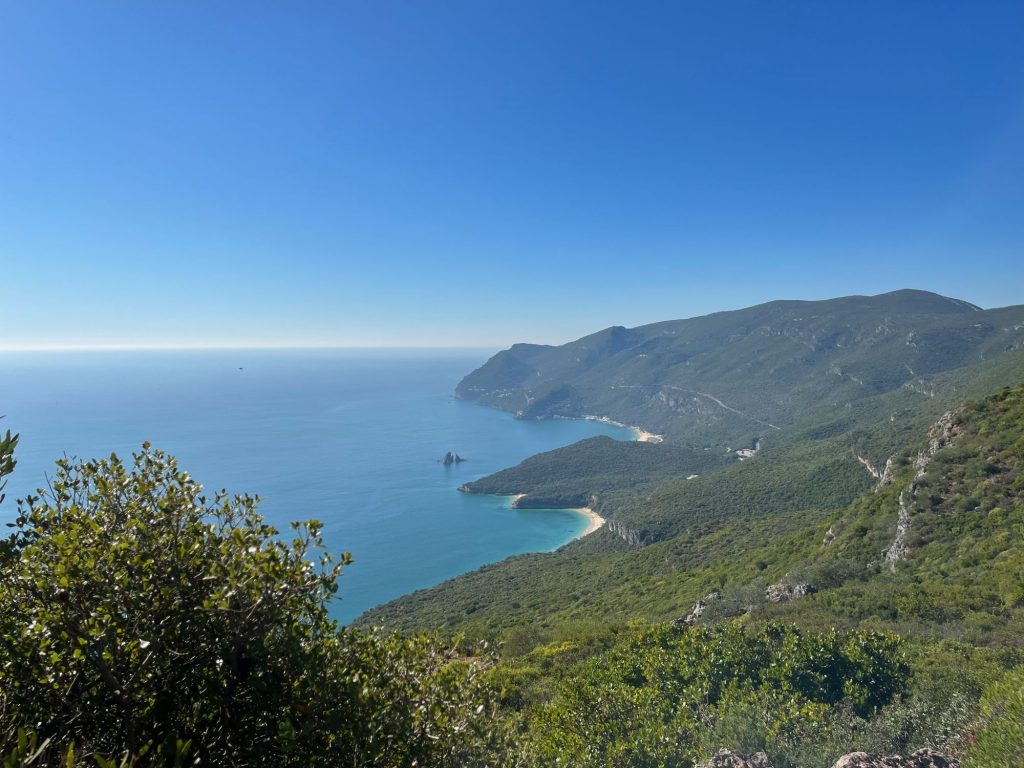 The coast drive south from Lisbon to the Algarve

On our third day in Portugal, we departed Lisboa to start the journey south to the Algarve. It was about a 3 hour drive and we took the coastal route through the Arrabida National Park. The park is a natural forest where the shapes, sizes, and textures of the trees, their branches, limbs and twigs conspire with the contrast of leaves that shoot out in every direction to produce a live action film of nature unbound. One thousand meters below glistens the blue Atlantic. 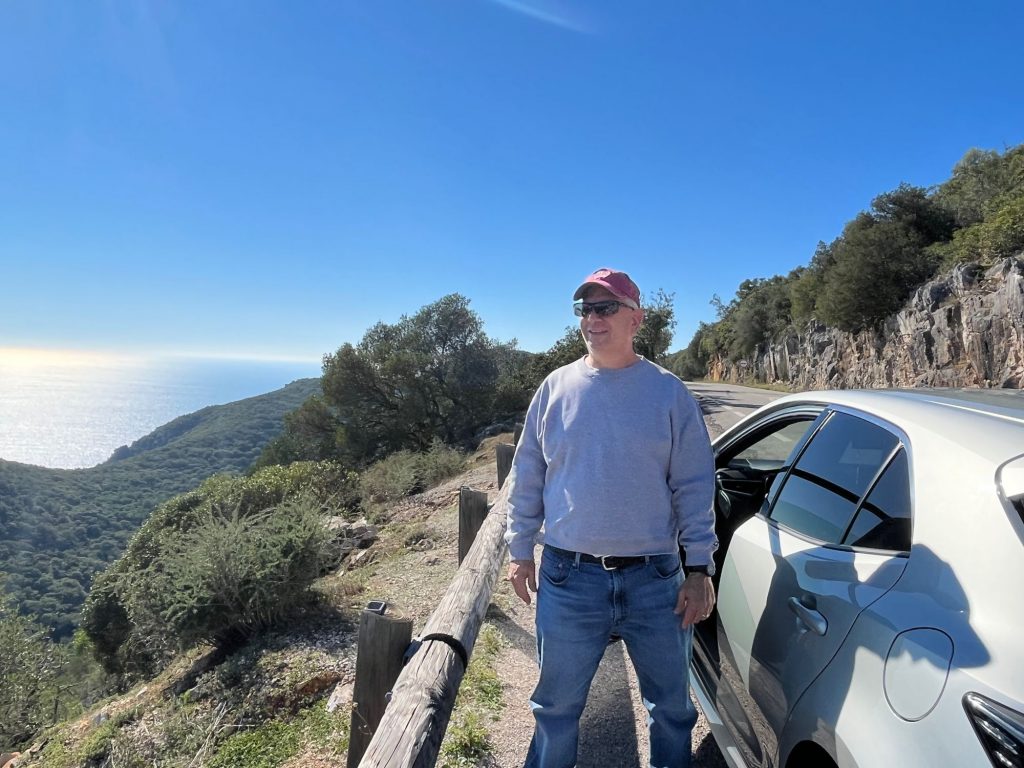 We stopped in the village of Portinho for a walk on the beach. It was a cloudless Sunday afternoon in mid-November, heightened warmth, with a turquoise sea adjacent to me and I had not packed a bathing suit. I could have gone in in my bra and underwear, and asked Steve what he thought and he said “Do what you want, but we have a whole vacation ahead of us” and with those logical words, I opted out of a dip and of course there was not another day quite as temperate while we were in the Algarve. My only regret is that I acted like an “adult”.

In any case the scenery was seducing and our lunch really delicious. Well-shucked, briny oysters paired with a lively vinho verde for me and grilled sardines for Steve. 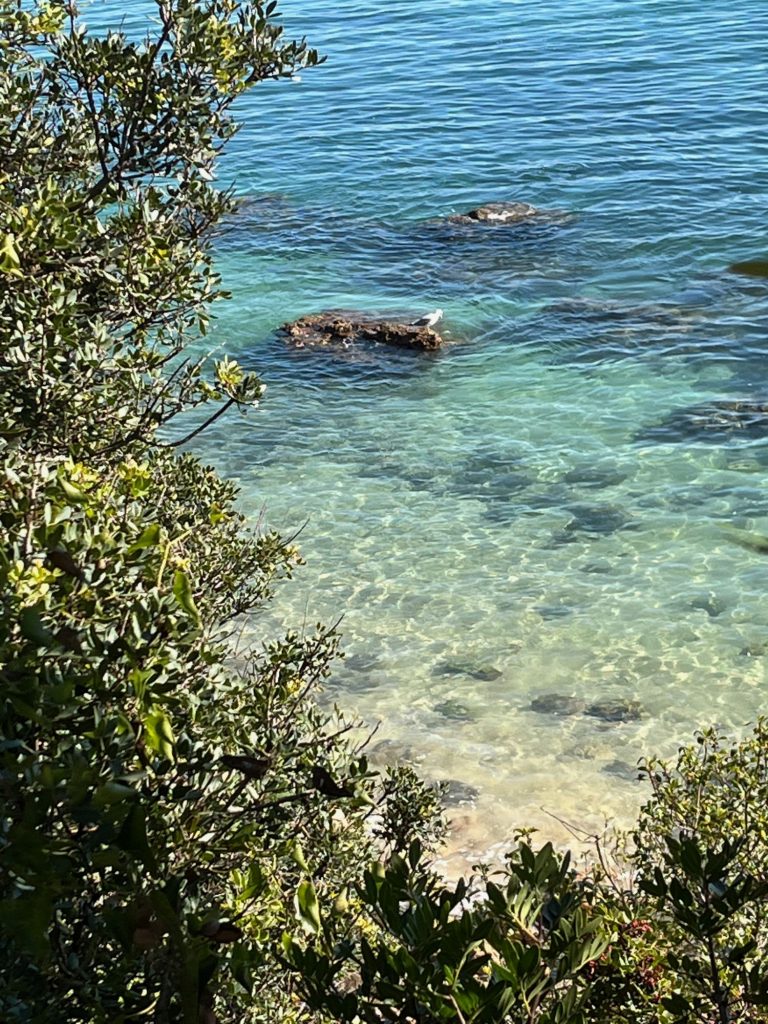 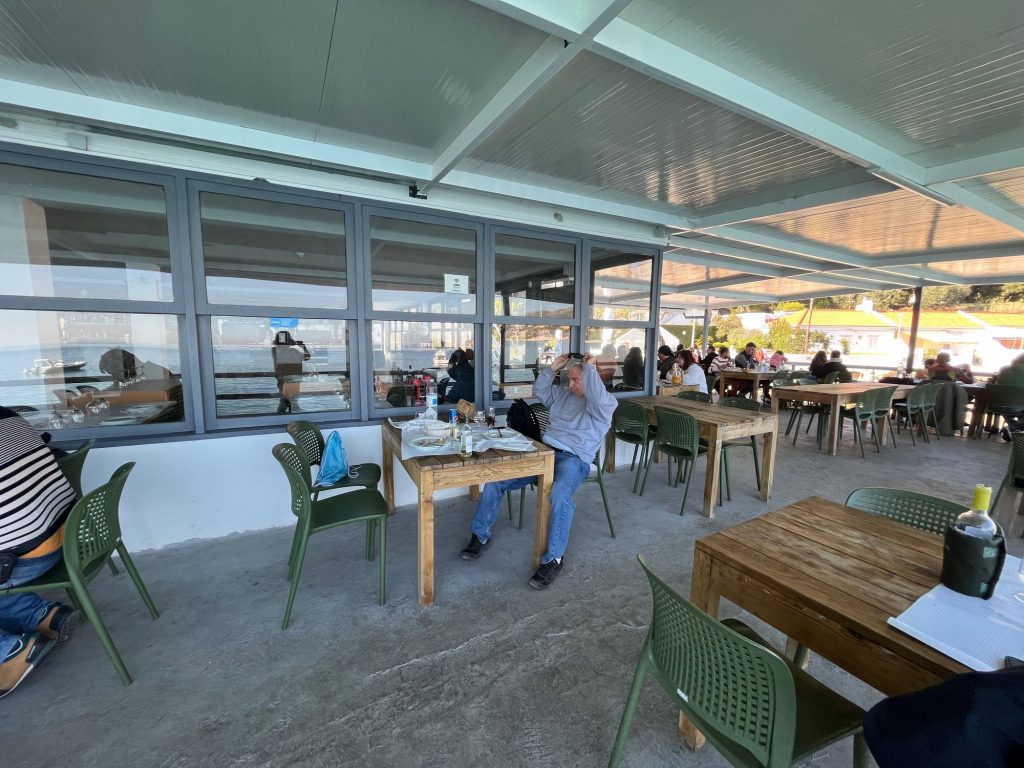 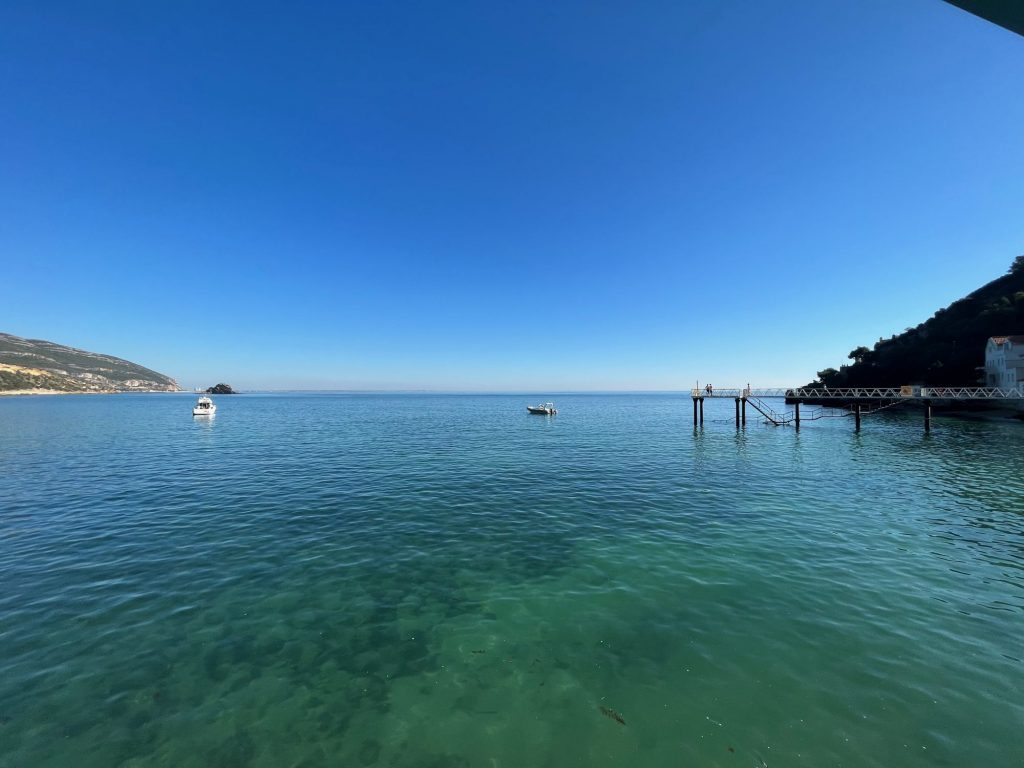 The view from where we sat 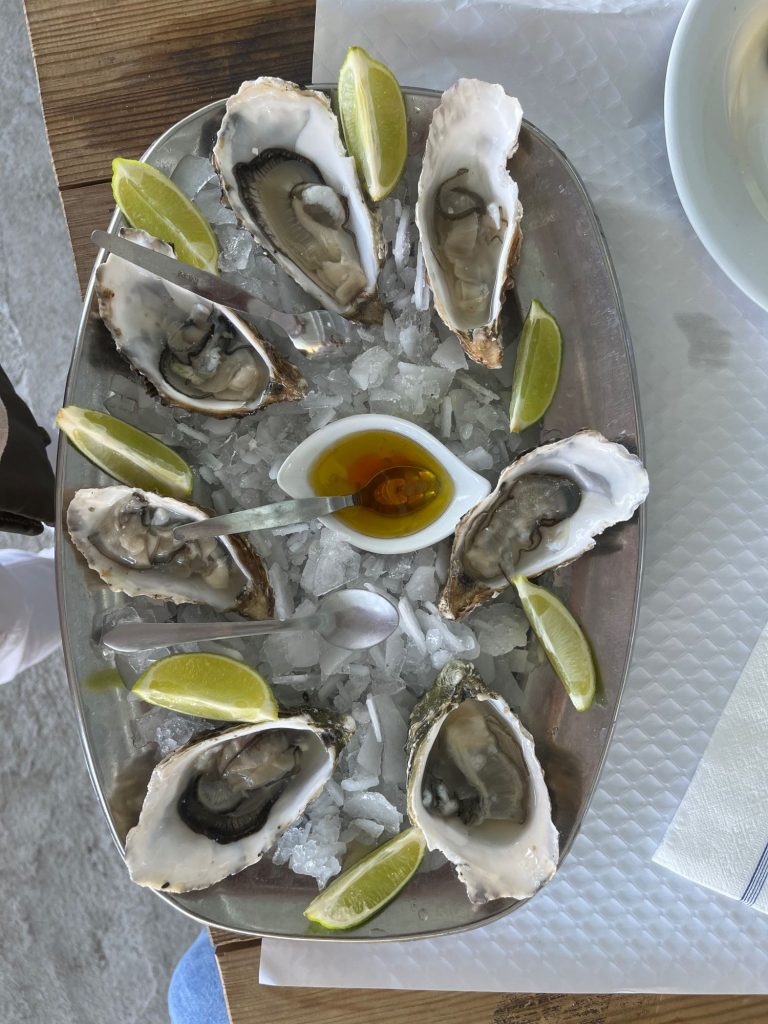 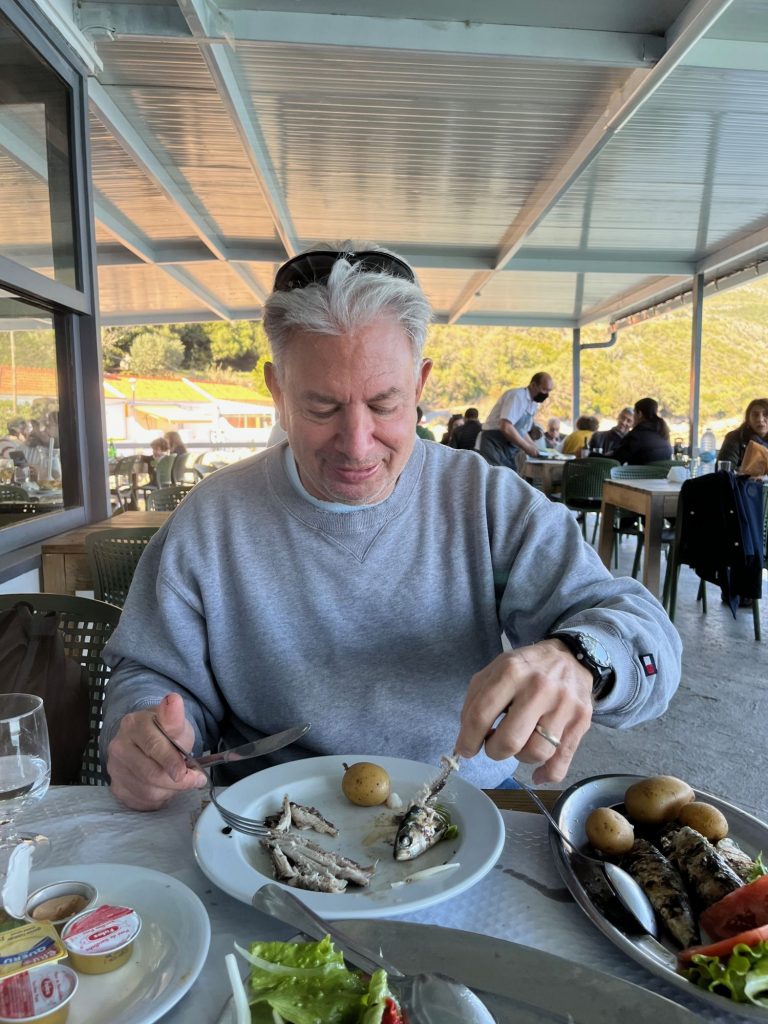 Steve and his sardine remnants

After lunch we started towards our destination for the next two nights, the Hotel Alvor, stopping as often as Steve would agree to stop. 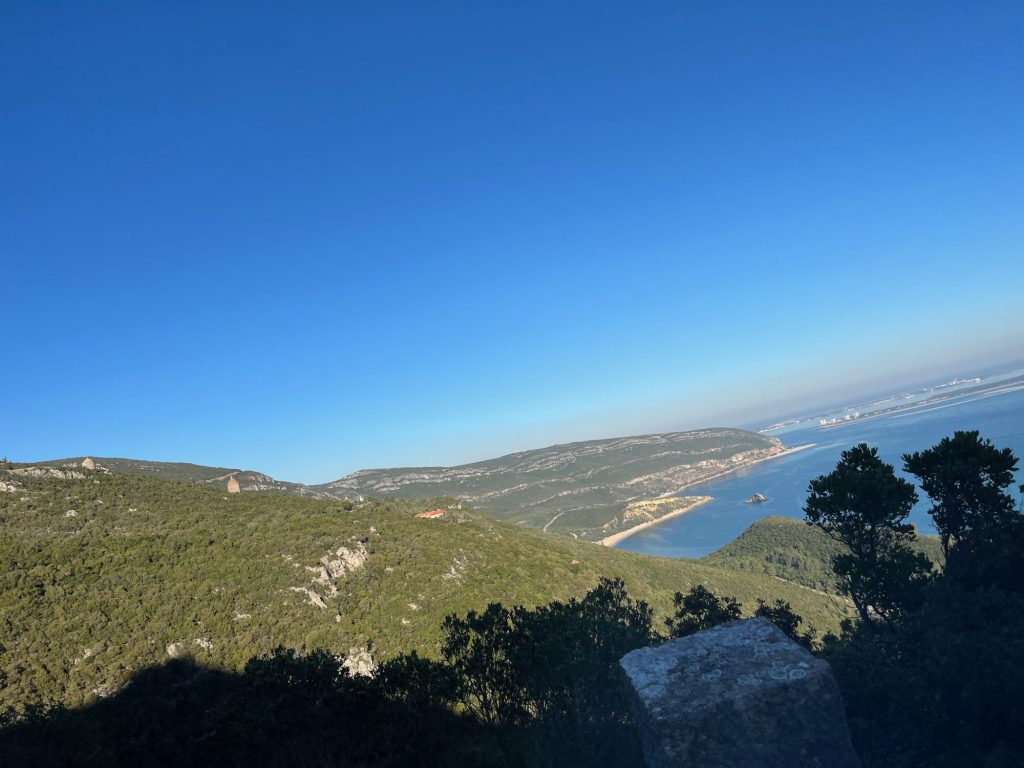 While a big conglomerate hotel catering to the grand scale tourist trade, the Hotel Alvor had its charms: 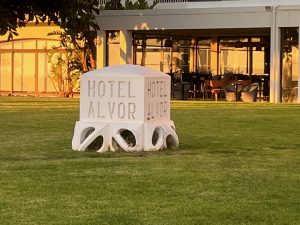 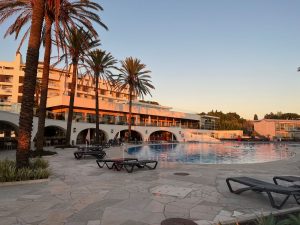 We spent the next day exploring the coastline from Alvor to Carvoiero stopping at different beaches to admire the view and others to swim at. Gluttony of the sea/surf combo! 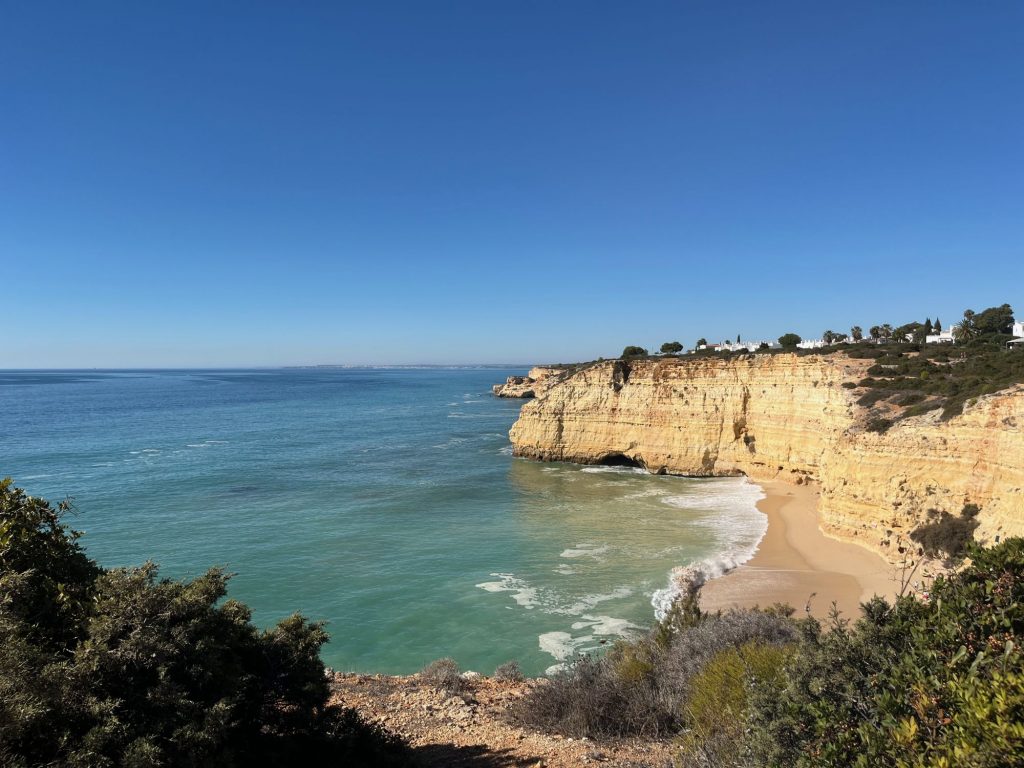 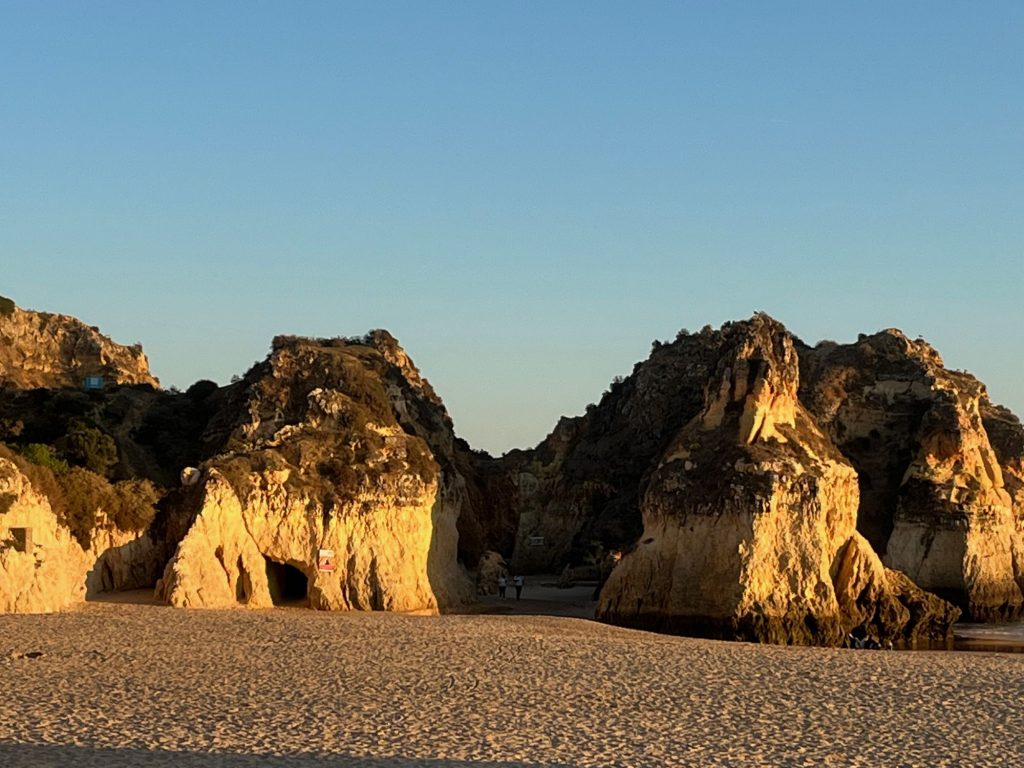 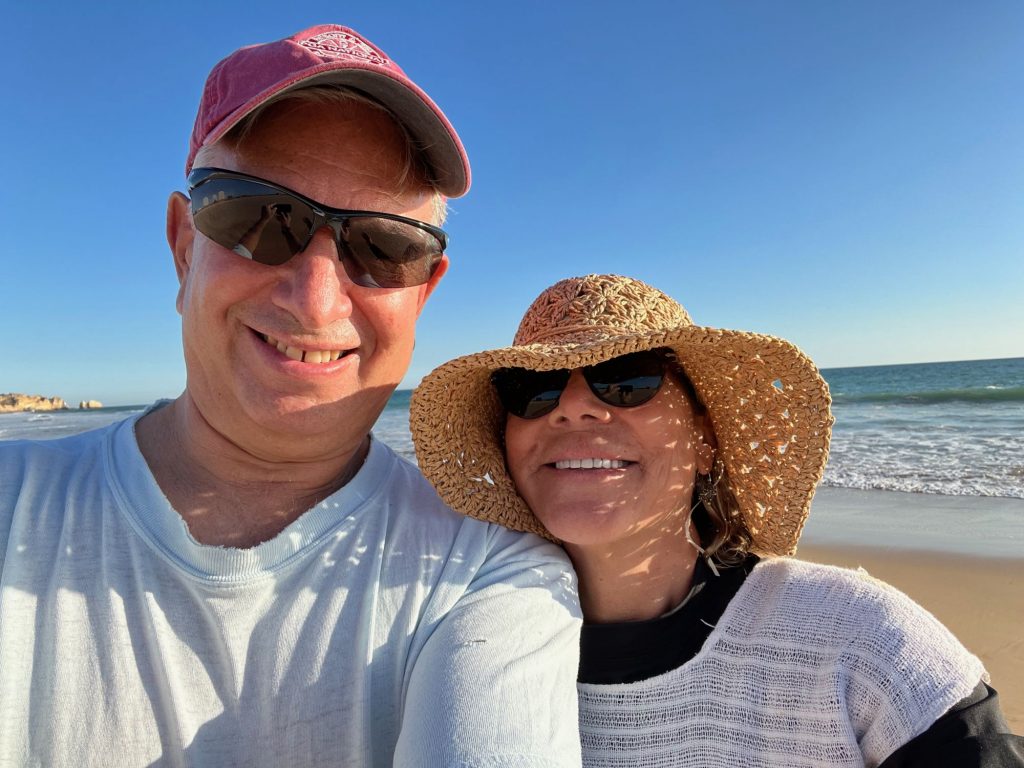 One night we were excessively lazy and sat at the hotel bar and drank martinis and ate a chicken BLT sandwich, but on the other night we had a superb meal at a restaurant called a lota in Portimao. We shared an octopus salad and Steve had octopus curry (it being fresh caught that day). I had the grilled sea bass. This is when it became apparent to me we should live a part of the year in Portugal! Fresh seafood every day! 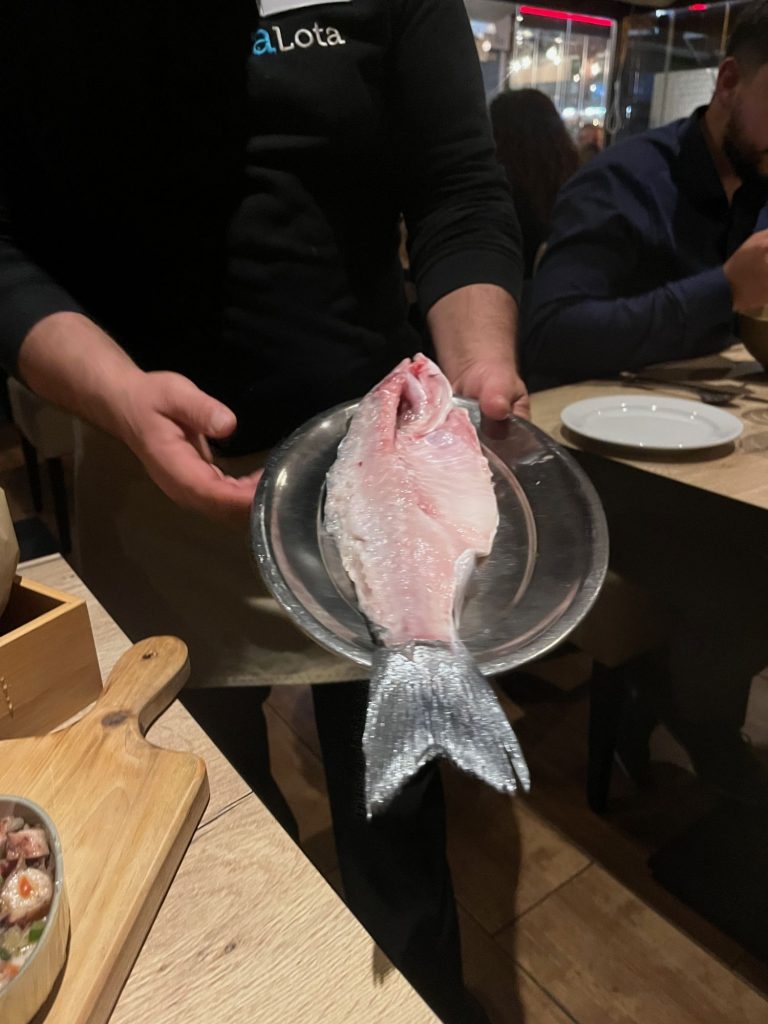