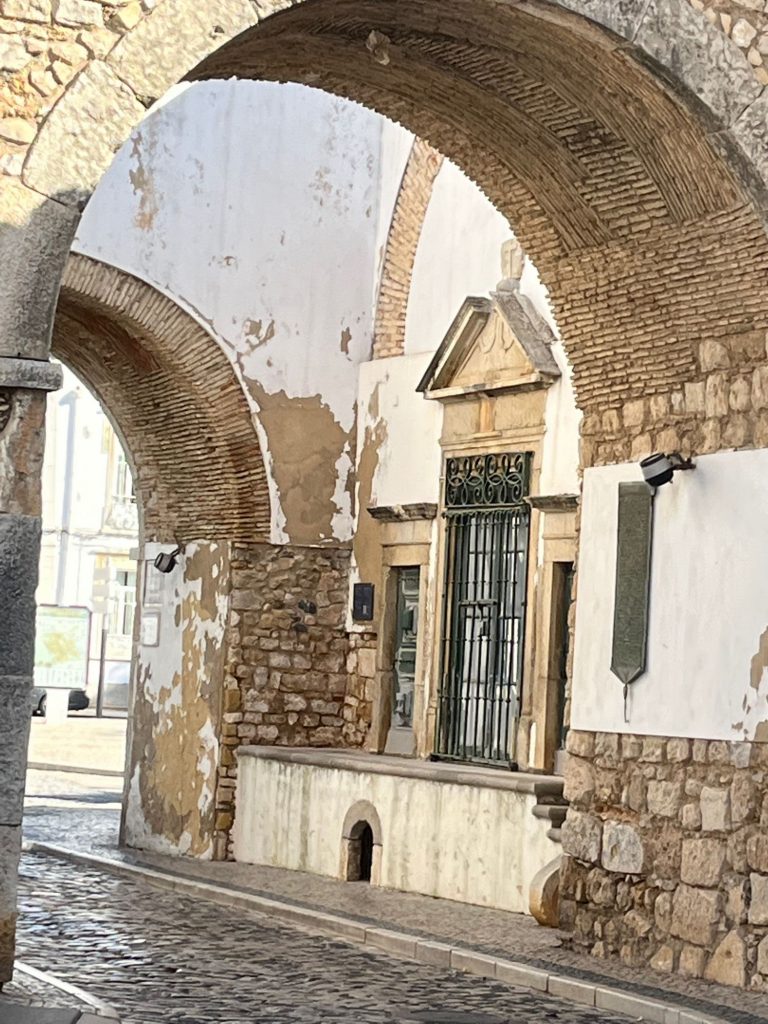 We left Alvor on Tuesday November 16 to spend the day in Faro, the capital of the Algarve. We entered the “cidade velha”, underneath the imposing arch that acts as an usher for the the narrow cobbled streets and heavy hinged doors that characterize the medieval essence of the old town, all of which is confined within the brooding fortress walls that overlook the harbor proclaiming Faro’s history as the once great trading port known as Ossonoba. 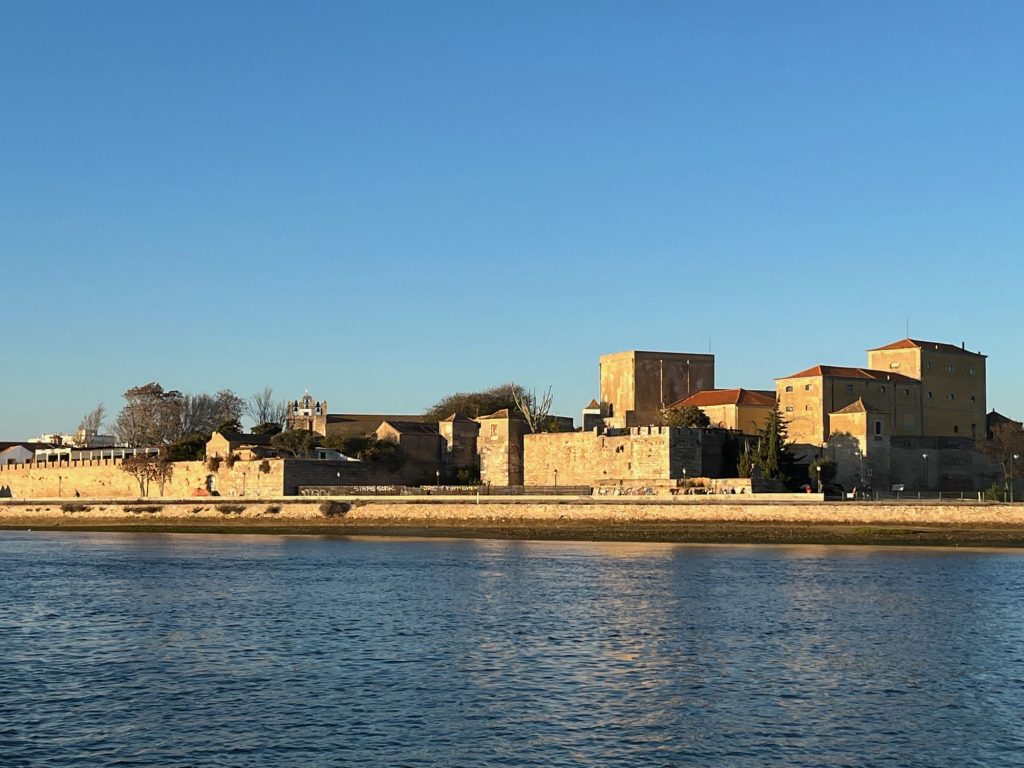 We wandered into the Se, a Cathedral housing a rabbit hole of Baroque wonders for the amateur Baroquist in anyone. Separate and apart from any religious/political views on the topic of Religion with a capital R and/or other issues related to the Catholic Church, the art that is displayed in the altars dedicated to women and men who gave up their life for their principles is eye-poppingly rich. The people who built the massive beams that hold up the church, the sculptors who weaved together gilt garlands of angels and putti and the artists who created devotional painting after devotional painting must have believed greatly to have rendered so much over the top opulent beauty. 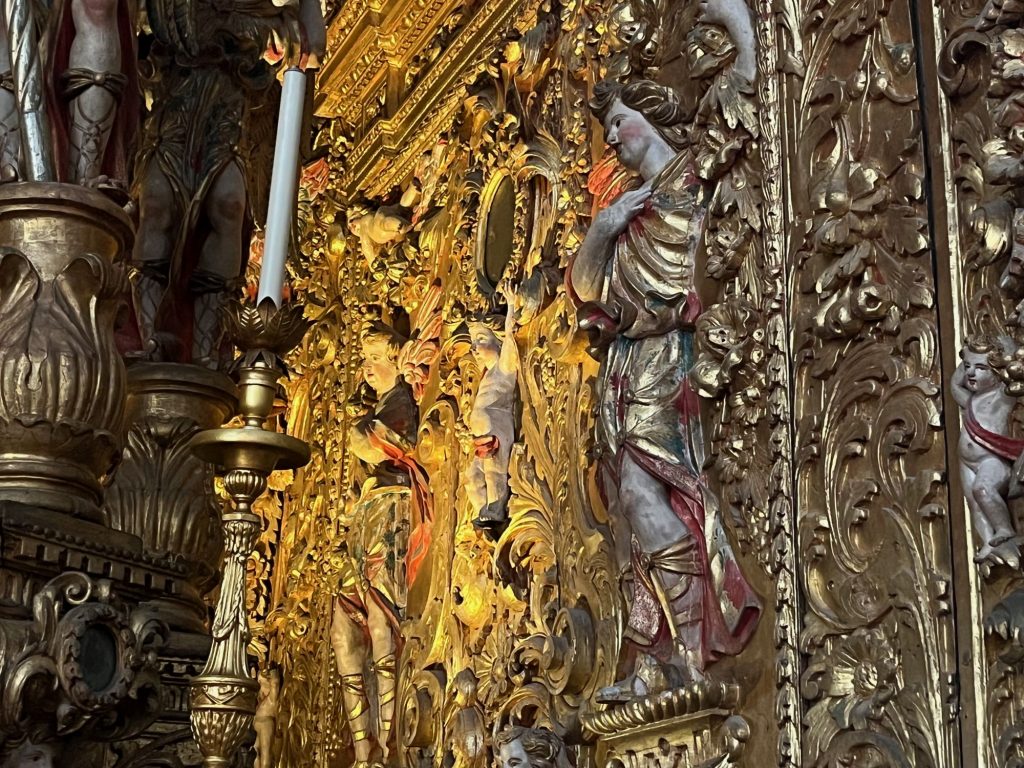 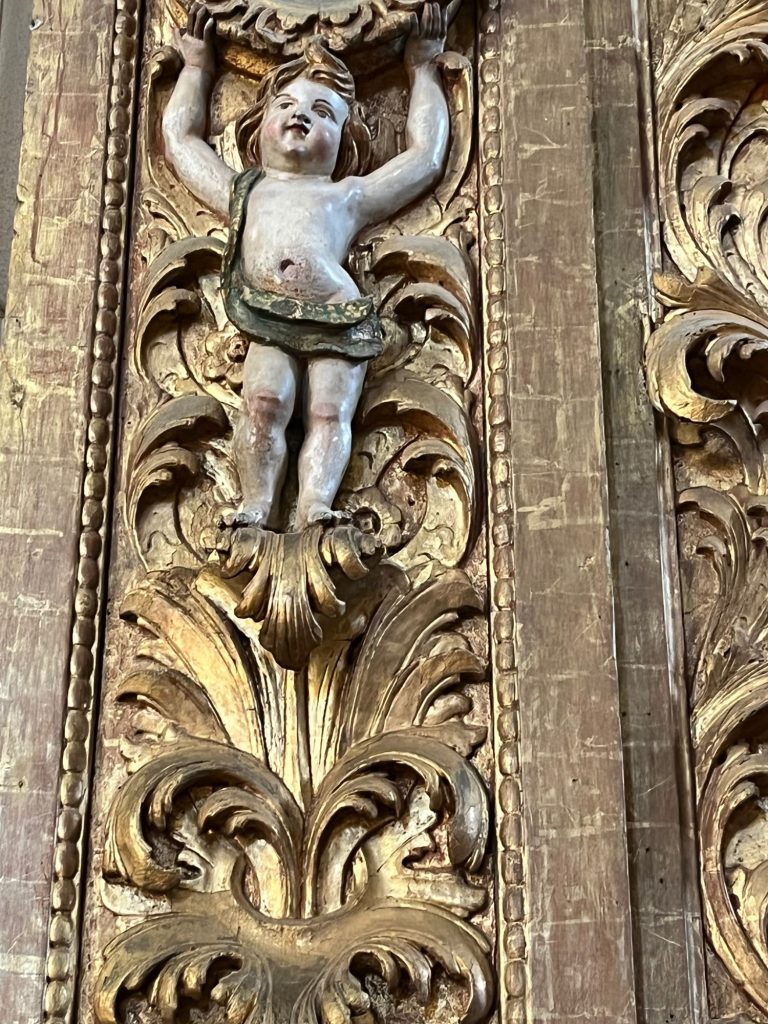 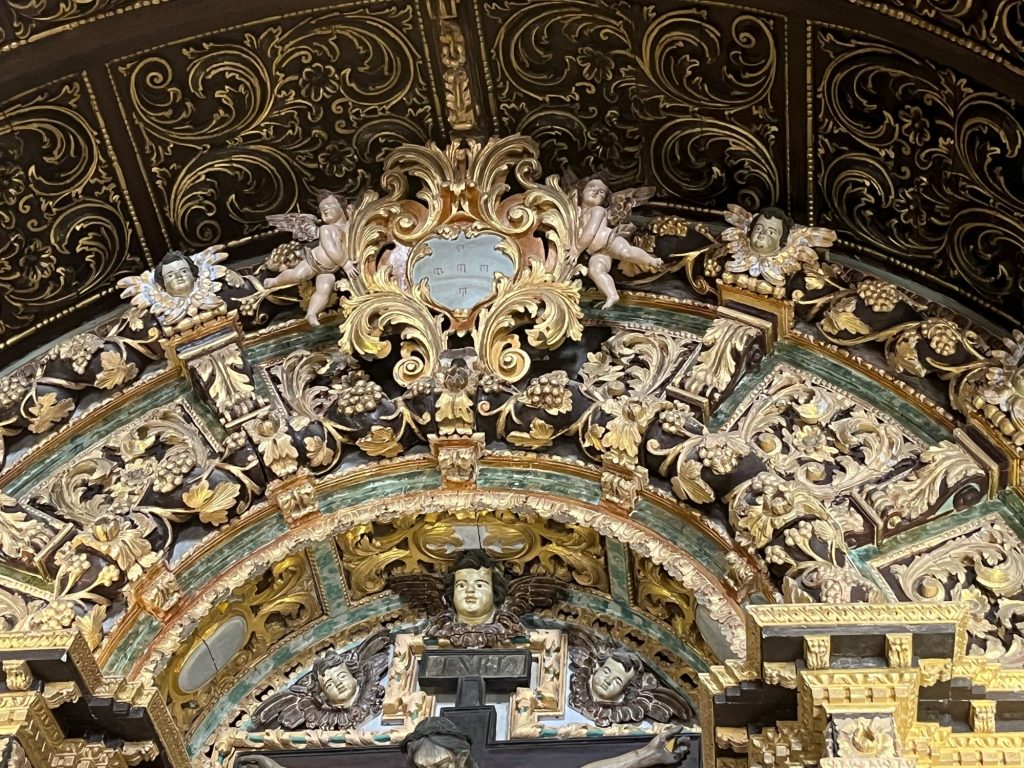 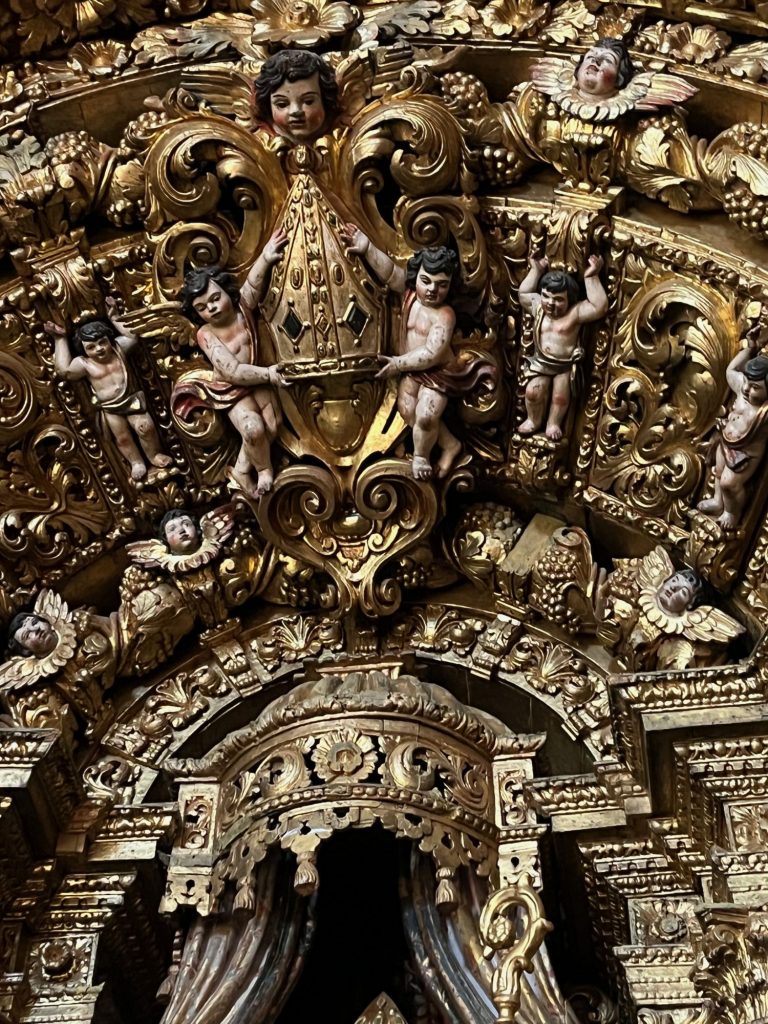 We climbed up the narrow winding tower steps to check the rooftop view of Faro and then mosied onwards to the Municipal Museum which houses a 2nd century mosaic of the god Oceanus, reflecting the connection between the sea and Faro dating back to the Roman Empire. The mosaic was buried under various layers of city building for about 1700 years when, in 1926, when the town was putting up a train station, the mosaic was discovered. 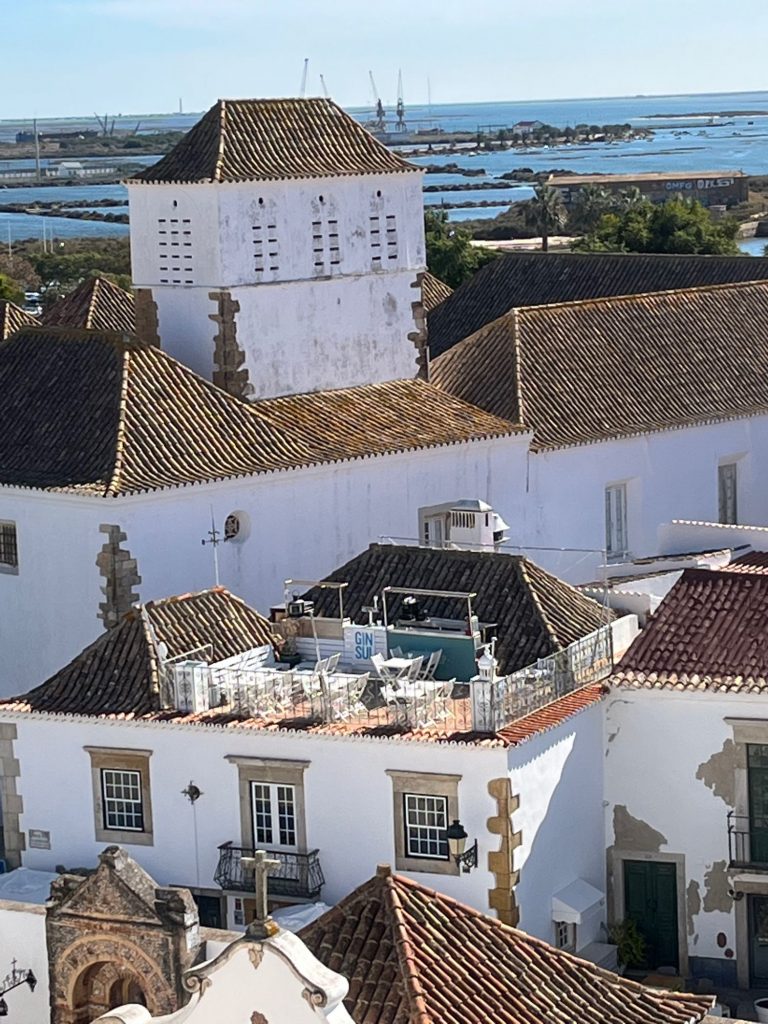 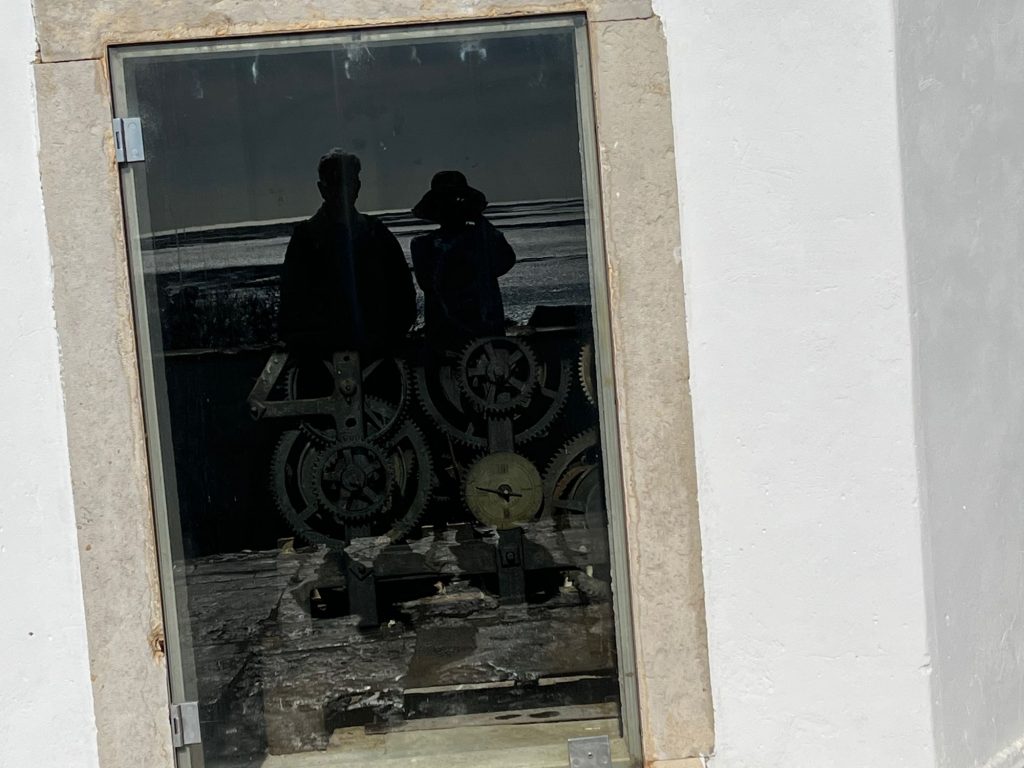 Us in Faro on roof 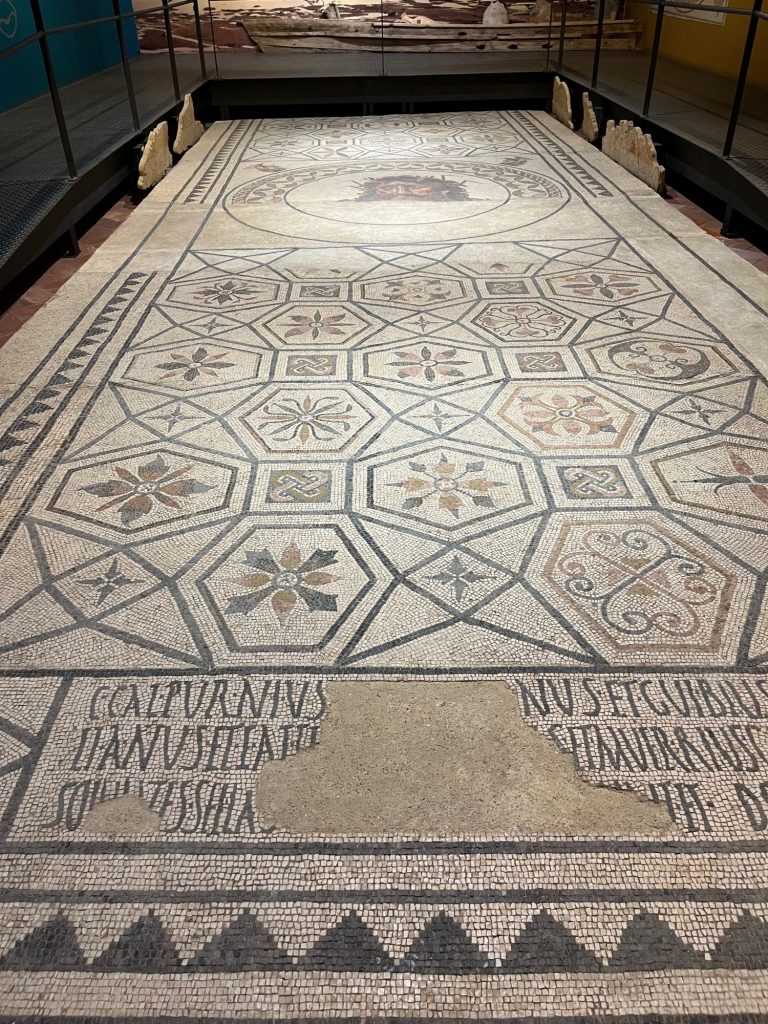 The mosaic of Oceanus in Faro

There was also an exhibit up on posters made to promote and advertise the French film industry during the budding years of the cinema era. The posters, dating from 1904 to 1916, had been collected by Joaquim Antonio Viegas and of the 141 he massed, 30 were on view “proving the great importance of the Gaulish cinema industy during this period and its strong presence in Portuguese rooms.” 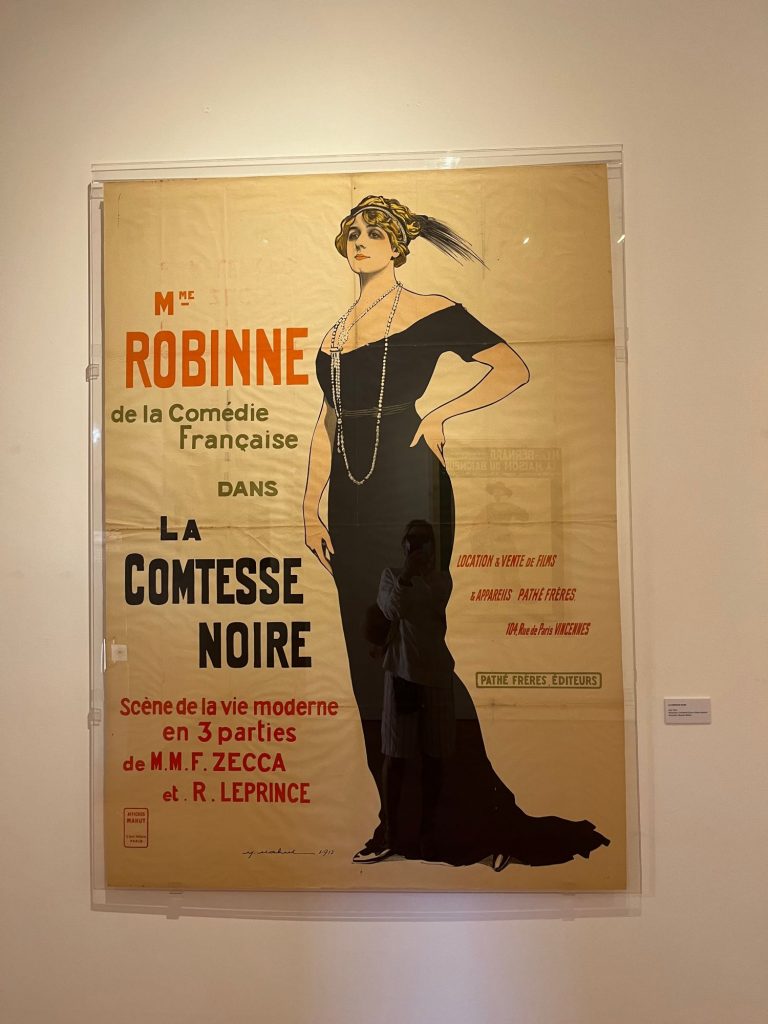 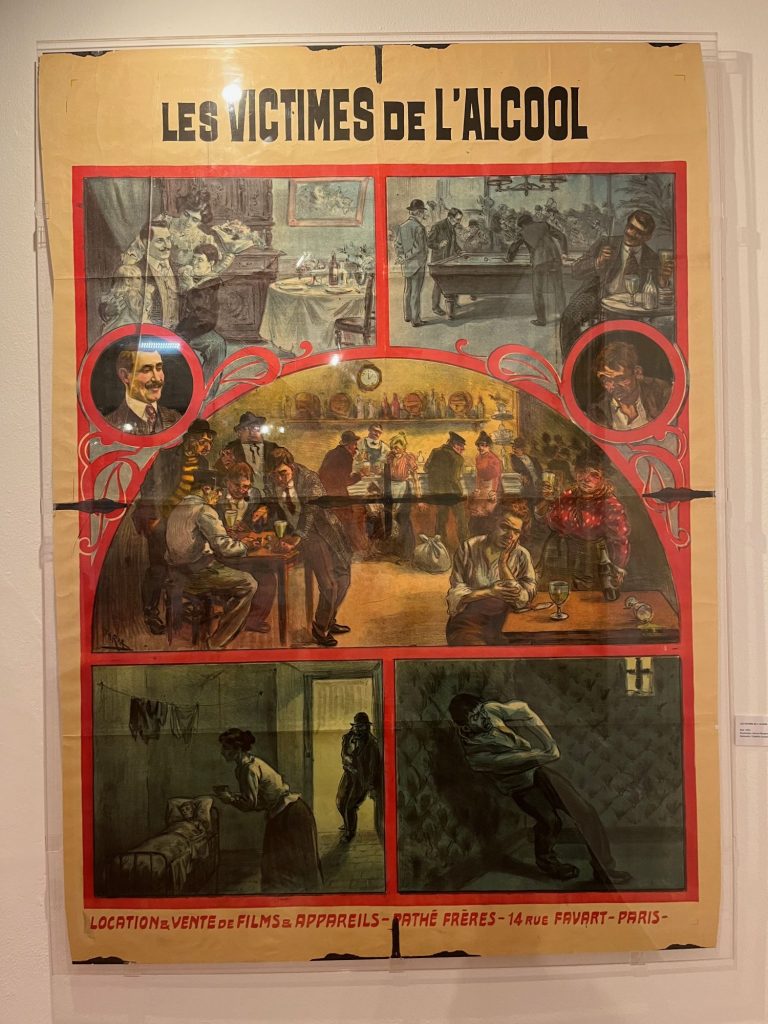 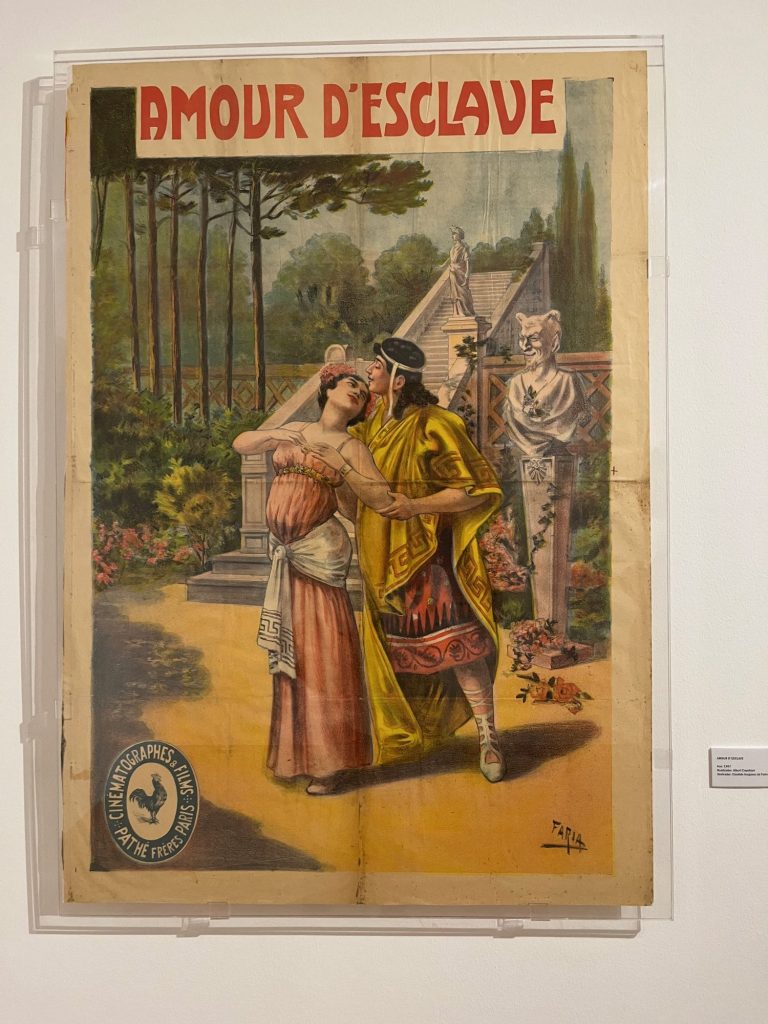 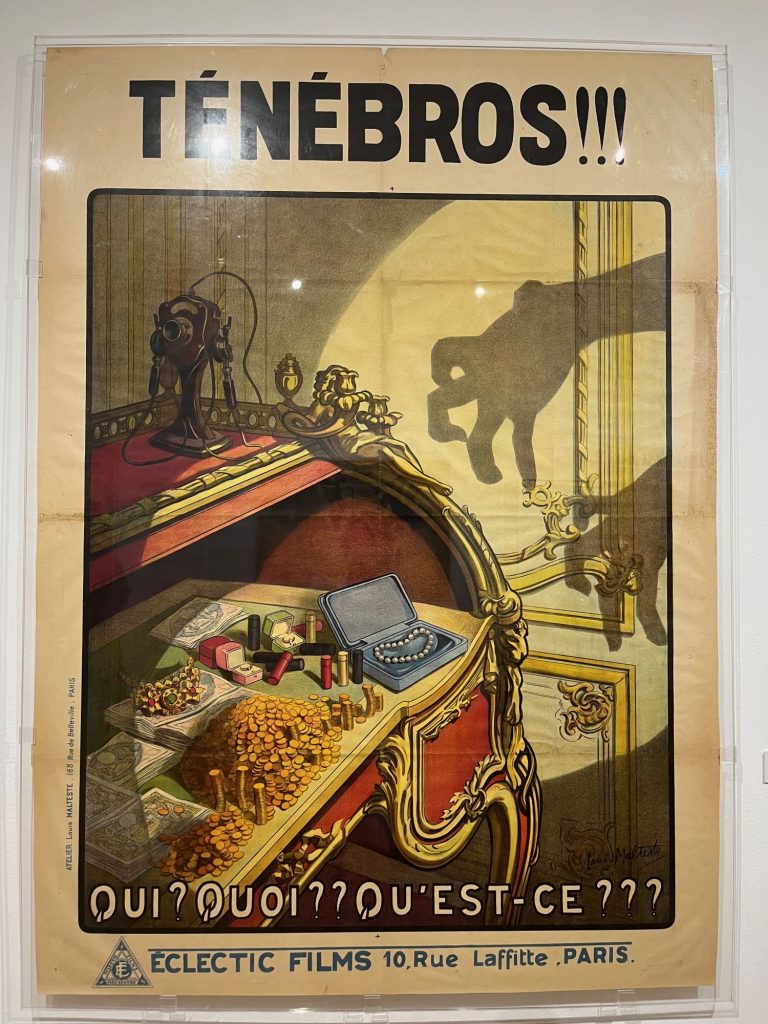 It was about 12:30 when we left the museum and weren’t sure what we felt like doing. We contemplated: wander the city, go birdwatching or hop a ferry to a beach. With the time approaching 1:20 and the ferry leaving at 1:30, we nabbed a ticket for Ilha Deserta, which as the name implied is a deserted island. Part of the Rio Formosa National Park, it’s a narrow strip of land for daytrippers. And this time I managed a swim in that crystalline water! 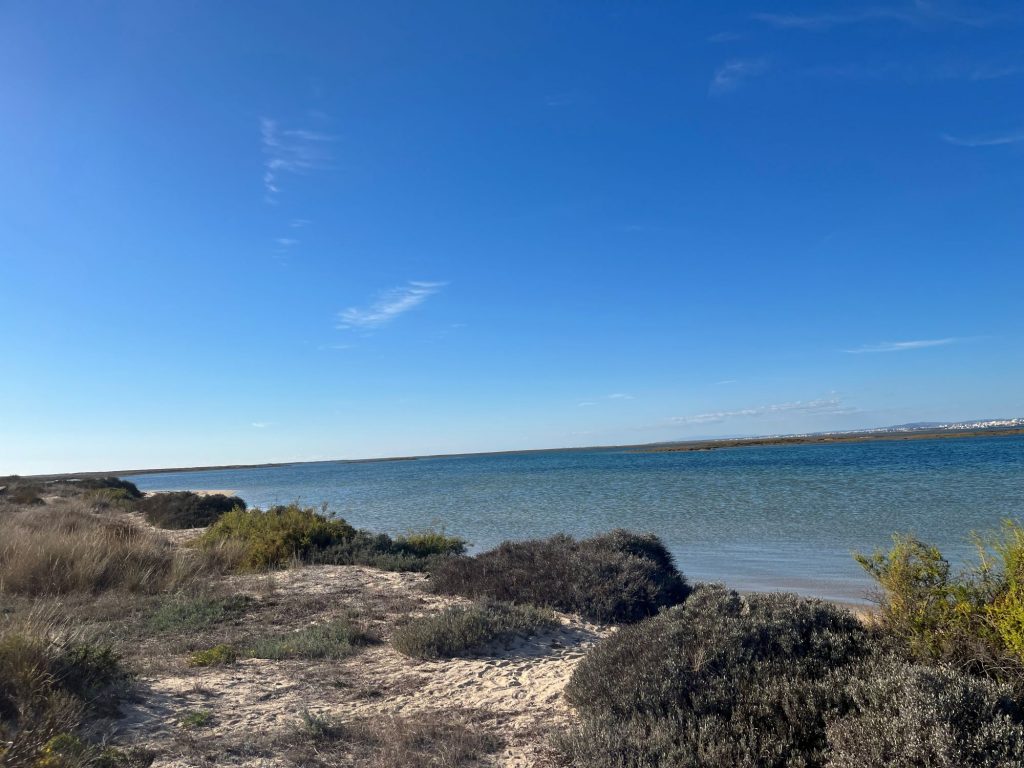 And then we jumped on the 4:30 ferry back in time to watch the sunset from O’Castelo, a bar in the old town and we were on our way to Vila Monte Farm House in Moncarapacho for a 3-night stay. 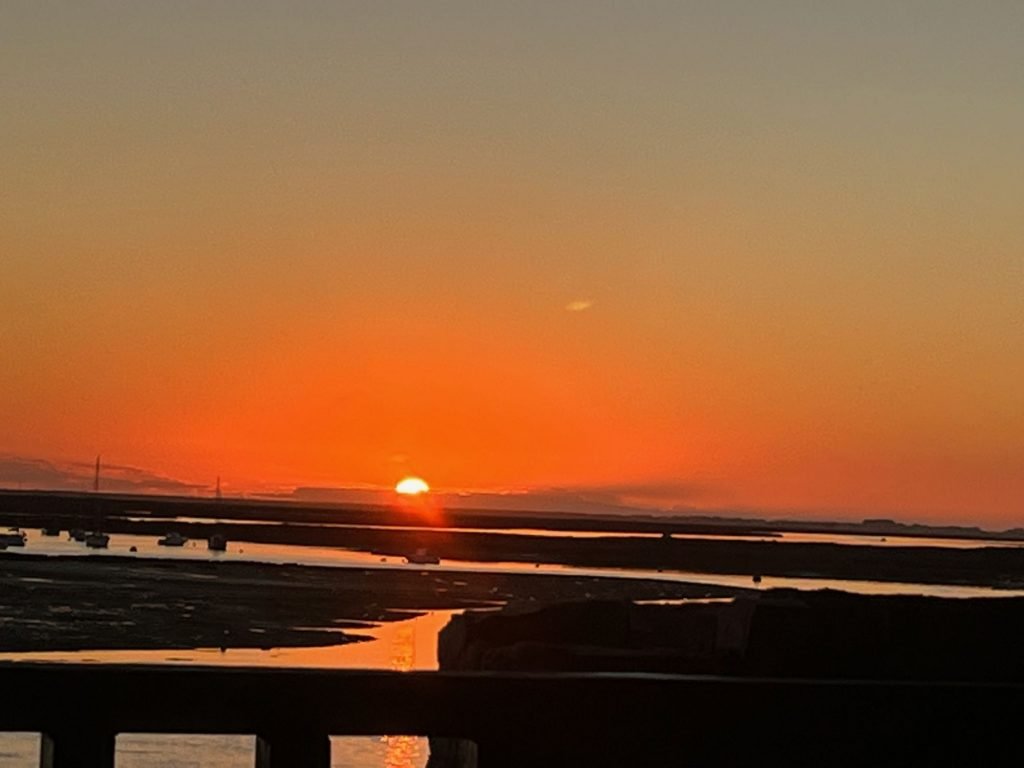 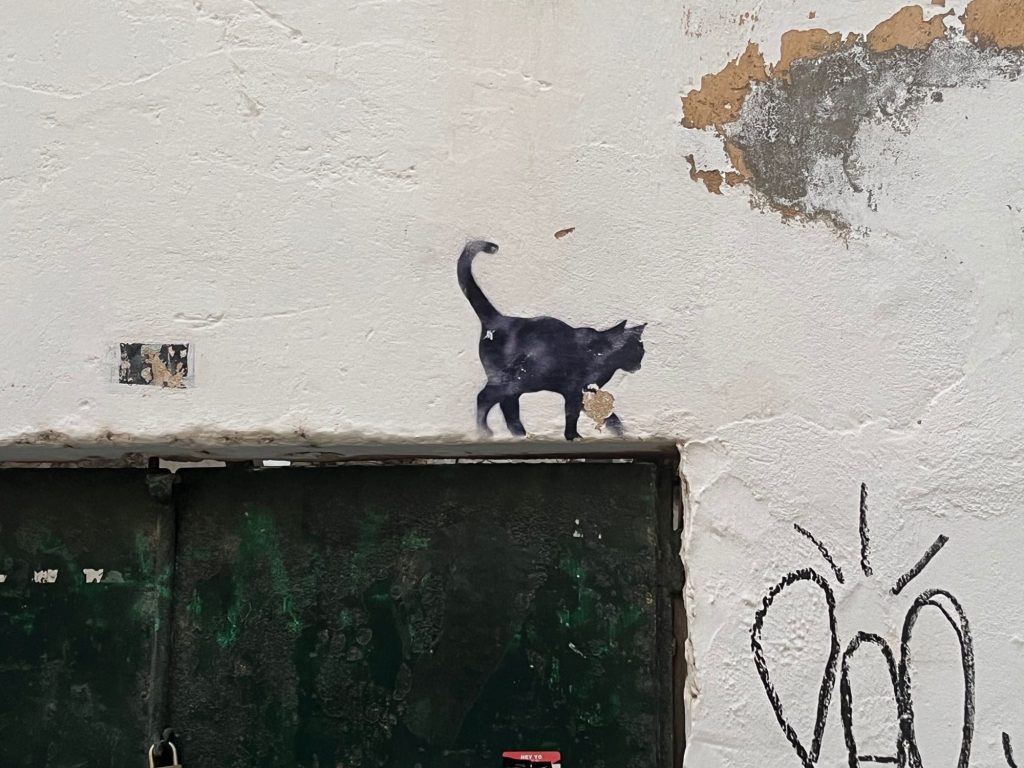