Staring at me, myself and I. 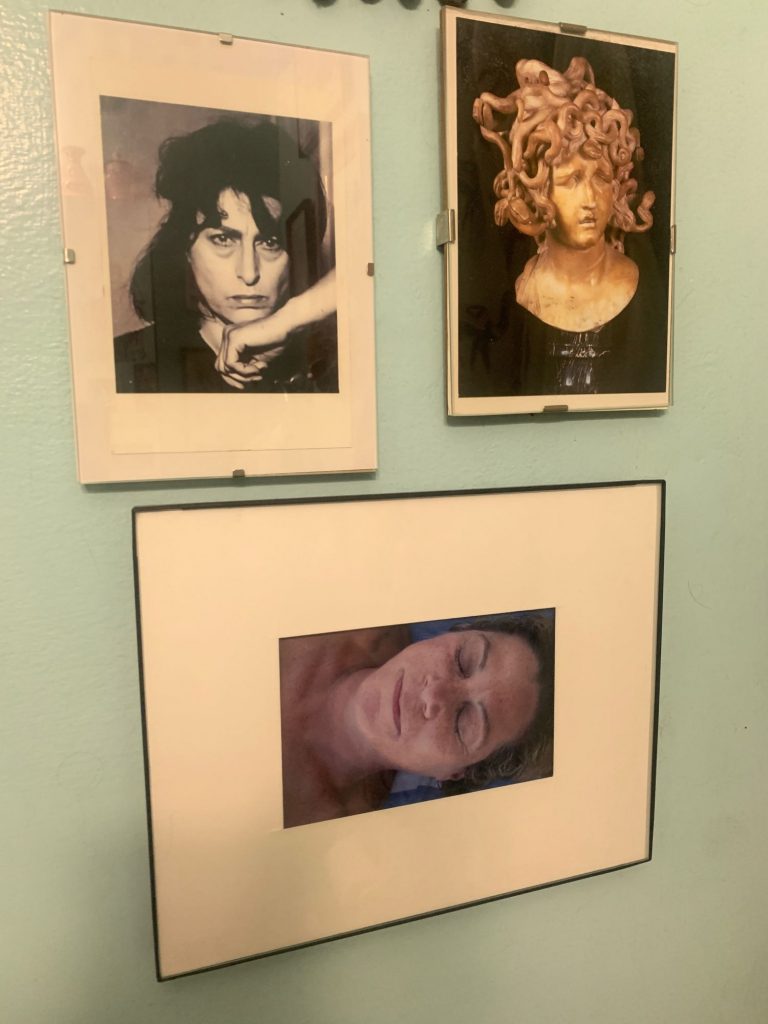 In my bathroom, across and a head tilt high from where I pee, is a framed postcard of Anna Magnani. I had taken her in as an actress in the ’90s when the Film Forum ran a retrospective of her work. I saw the 1962 movie Mamma Roma and fell in love with her, but the postcard that sits on my wall was picked up long before I saw the movie. The photograph was made by Herman List in 1950, a German photographer who had left his home country in 1936 because of the rising Nazi sympathies. The image is striking because Magnani’s face is a black hole sucking in and softly exhaling every emotion in the universe. 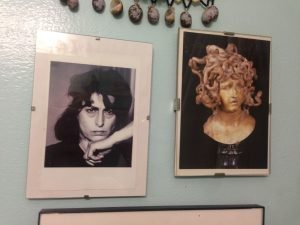 On the right is a framed photograph of Gian Lorenzo Bernini’s Medusa. After circling the sculpture endless times on a visit to the Capitoline Museum in Rome in 2007, I picked up her postcard at the gift shop. Her hair is a writhing nest of coiled marble snakes.  Her eyes, known to freeze people in their steps if they look at her directly, are exhibits of pain and fear. She may be a monster, but her raw humanness is exposed in that hard stone.

Just below my Magnani and my Medusa lie I, with my eyes in tranquil surrender. It is November, 2005. I had turned 50 a month before, bemoaning my lonely existence because while I owned a cat, a coop, and a car I longed for a connection with an other. But at that moment I was getting a massage on a beach in Zanzibar. It was sublime and restorative as was the whole 2 weeks before touring Tanzania.

My photos greet me every morning with a reminder that all components of my persona are present, serenity is attainable,  and as it turned out so was my dream of a connection.