The Woman in the Blue Hat 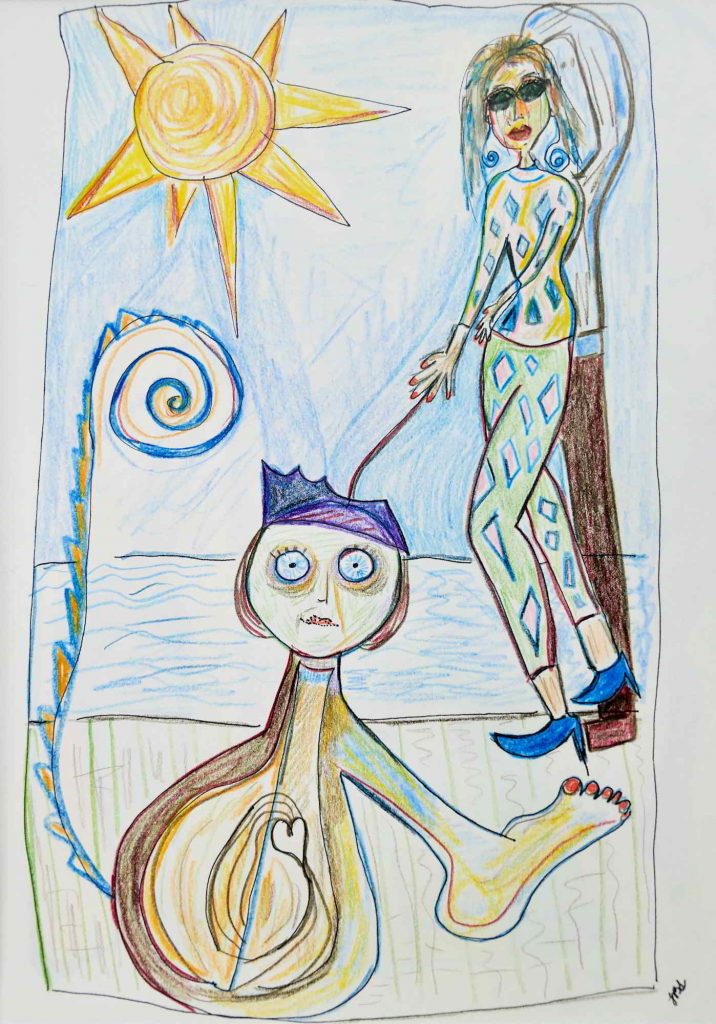 During the fall of the first year that coronavirus ruled my life, I did a drawing with a bright noonday sun and  a woman wearing sunglasses walking some kind of animal.  It looked like a cat but wasn’t quite a cat and it was panicked.  The drawing wrote large the angst I sometimes experienced as the outcome of the election was uncertain, the number of deaths from Covid-19 continued to rise, and Trump’s craziness became even more pronounced.

I decided to try to do a painting, in oil, based on that drawing, and so stretched and gessoed a 10×10” canvas.  But from the beginning the painting had a different vibe with a different tone and feeling. The sun still burns bright, but the background no longer has a defined line separating ground from sky.  Rather it evokes no place; it is a dreamscape; definition-less. 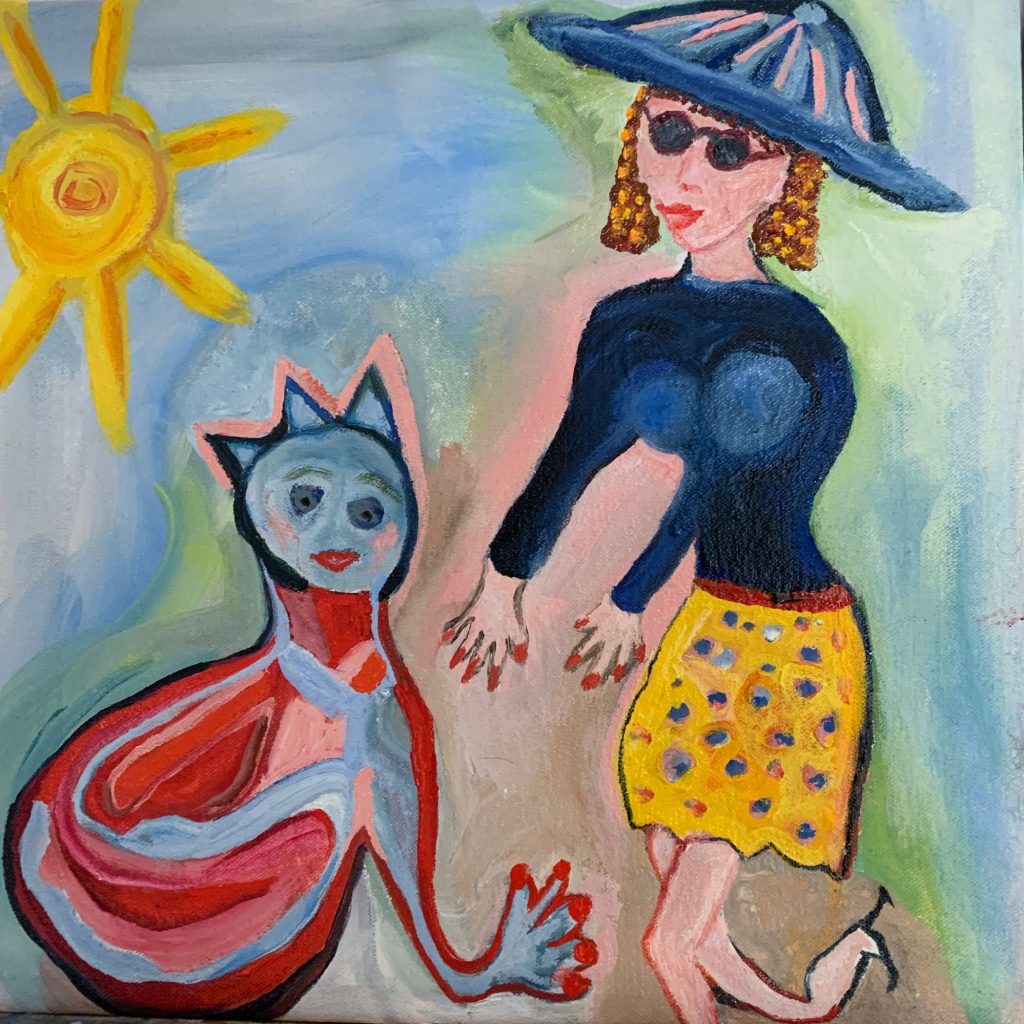 The woman has grown breasts, but the blue orbs are positioned oddly, The pet again looks like a cat but it has 3 ears and only one claw. I did not want a real animal in my painting.  I wanted a fantasy pet.  There’s another creature growing inside using its tentacles to cling on.

In the painting she should be wearing a mask.  However, as paintings do, it took over its own direction, and while I could change elements of it to make it more coronavirus appropriate, I can’t because the painting has gestated and it is what it is: a painting made in 2021 from a drawing made in November, 2020.

During the year that the pandemic raged, my  goal was to hold on to myself with as much normalcy as possible such as a walk in the sunshine, but it was never completely normal because there was (and is) an ever-present stealth-like, invisible viral node in the atmosphere that has killed over 500,000 people in the United States.  However, it seems, little by little, vaccine by vaccine, we are tiptoeing back into the way things were before lockdown in March, 2020.