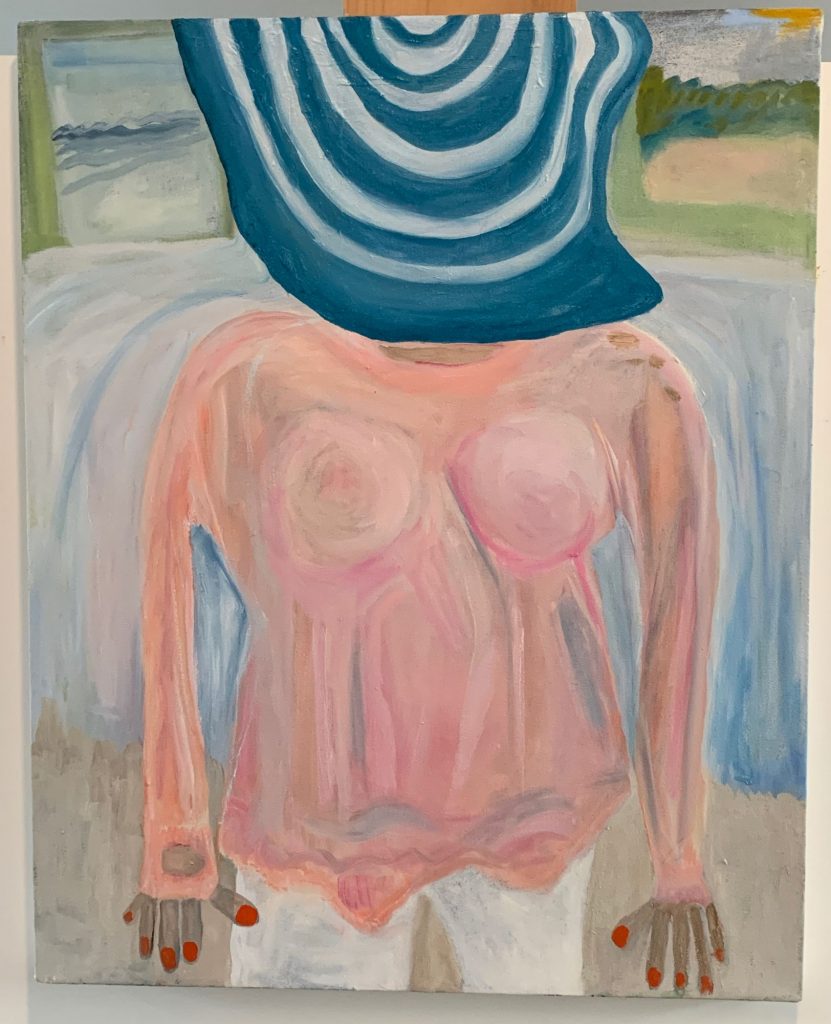 Since 1996, I have worn this pink sweatshirt every summer at the beach. 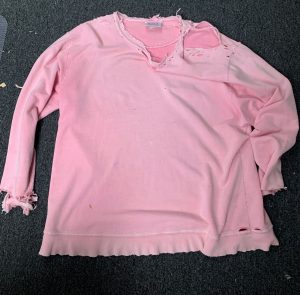 Twenty-five years of daily wear and weekly wash from May to September has impacted the sweatshirt. It grows a new hole each season which by the next season is not only older but bigger. So each summer, before anyone has an opportunity to gently suggest it’s time for a new sweatshirt, I say:

“Don’t you just love this sweatshirt? It’s perfect. The right color, weave, texture. Honestly I cannot find a sweatshirt as good as this one.”

I had bought it at Paragon on 18th Street and Broadway and many times I’ve tried to replace it but can’t find the same brand or an equivalent-not just soft and supple but with the right weight- not so heavy that I feel I am carrying a dumbbell on my shoulders but not so light as to be pointless on a windy day.

However, last summer I knew it was my last. There were more holes than material: holes in the neck, in the shoulders, in the wrists. It even had a self made thumb hole.

And along with the sweatshirt I knew it was time to throw in a pair of white shorts I had bought in 2003 in St Jean de Luz. A memory of a perfect two week trip spent with my friend Lucy. I had bought them one afternoon while I was wandering through the old streets of the village. They were the best shorts ever, such soft cotton with zippered pockets on the front leg, sides and back. These shorts had traveled with me on every trip where shorts were needed. They too had withstood tons of wear and wash, but the discoloration of the white fabric, topped by the gaping hole on the right leg, was making it untenable to justify any decision to don them for any reason.

The raggedy edges of my two favorite pieces of clothing finally won. I photographed them for a new folder titled “Favorite Items to be Discarded” and then dressed them on my mannequin so they could be painted and immortalized forever, albeit with hardly enough holes. They are almost retired but have not quite made it to the waste bin. 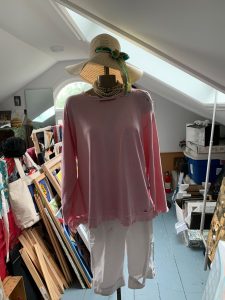