The Frick and the Whitney 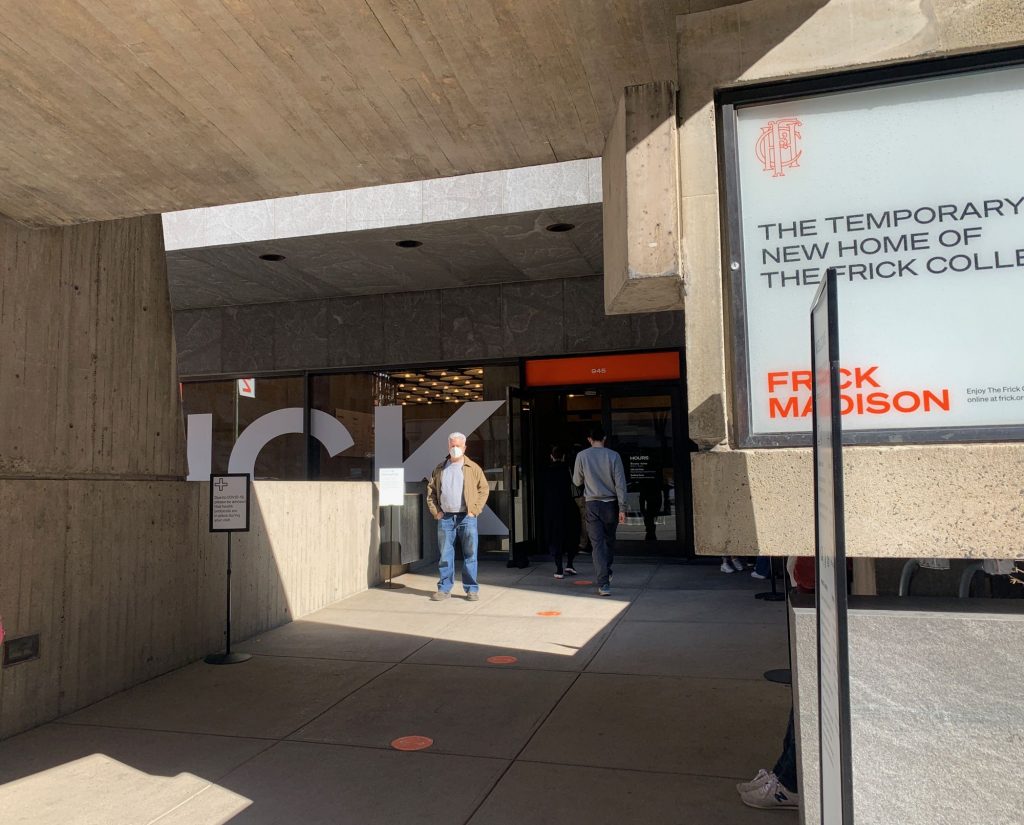 The Frick Museum, housed in the mansion cum museum owned by the industrial entrepreneur Henry Clay Frick, located at the corner of 70th Street and Fifth Ave, closed in 2020 so that it could undergo an expansion that will open up the second floor of the building to the public. In March, 2021, two years before its official reopening at its home, Frick’s carefully curated collection of old masters and baroque furniture, porcelain vases from the Qing dynasty and rugs from India have been transported to an alternative space that is the antithesis of the mansion: the Breuer building, once known as the Whitney Museum then the Met Breuer, has now morphed to the Frick Madison on Madison Ave and 75th Street. Whereas the mansion is all frills and fretwork, the Breuer is clean lines and angles, a fascinating domain for art that dates back to the 14th century and goes no further than the 19th century.

My friend Laurs and I visited one Sunday afternoon. It was not empty, but there were opportunities to have a room to oneself and to gaze at leisure at the paintings. The most exquisite aspect of the new space is accessibility. They are hung at body level and in such a way that the space between you and the painting is a hand’s distance, albeit all behind protective glass.  Nonetheless to see the different blacks in Frans Hals’ Portrait of an ElderlyMan and Rembrandt’s somber gaze staring you in the eye, and each individual stroke of paint in Velazquez’s Portrait of King Philip IV (who Laurie knew immediately was a Hapsburg because of his long chin), is an unusual museum experience.  (The images are photographs of photographs because the Frick does not allow picture-taking and these come from a book which explains the lack of acute detail of which I speak.) 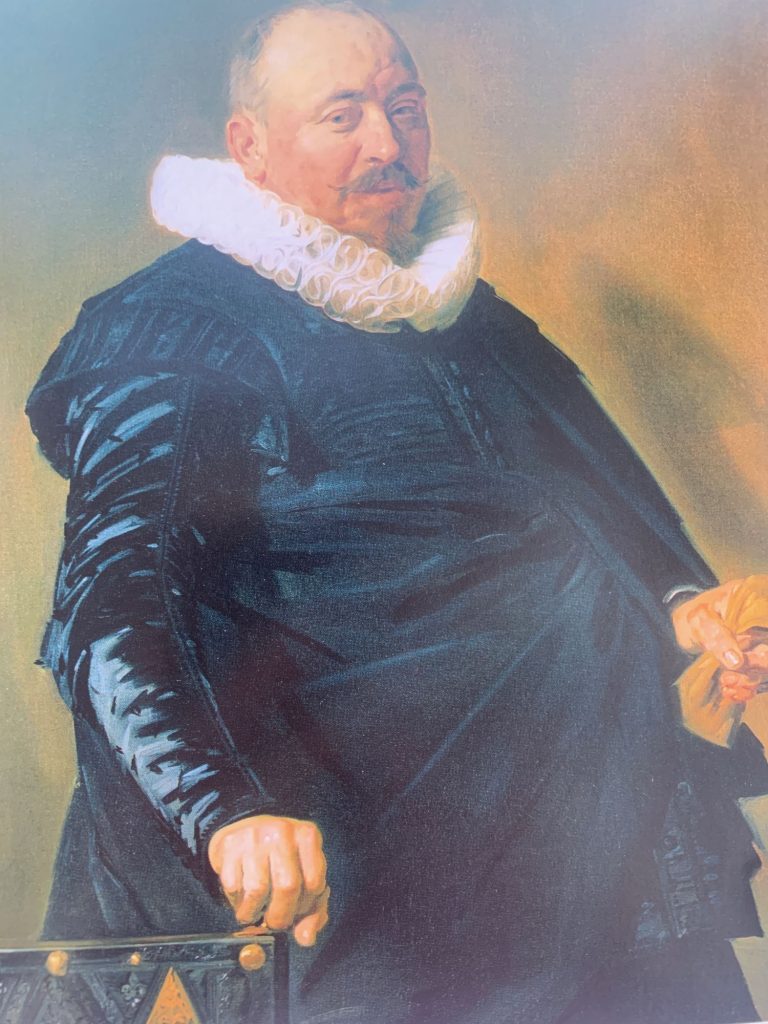 Frans Hals Portrait of an Elderly Man. Photograph of a photograph. 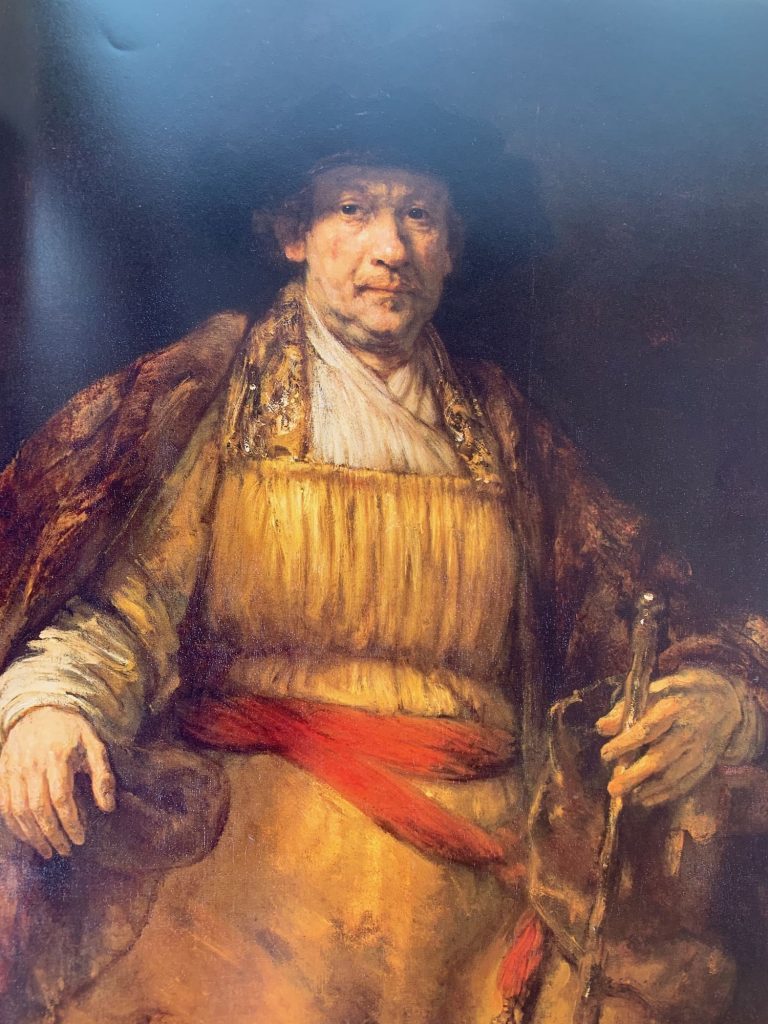 Rembrandt Self-Portrait. 1658. Photograph of a photograph. 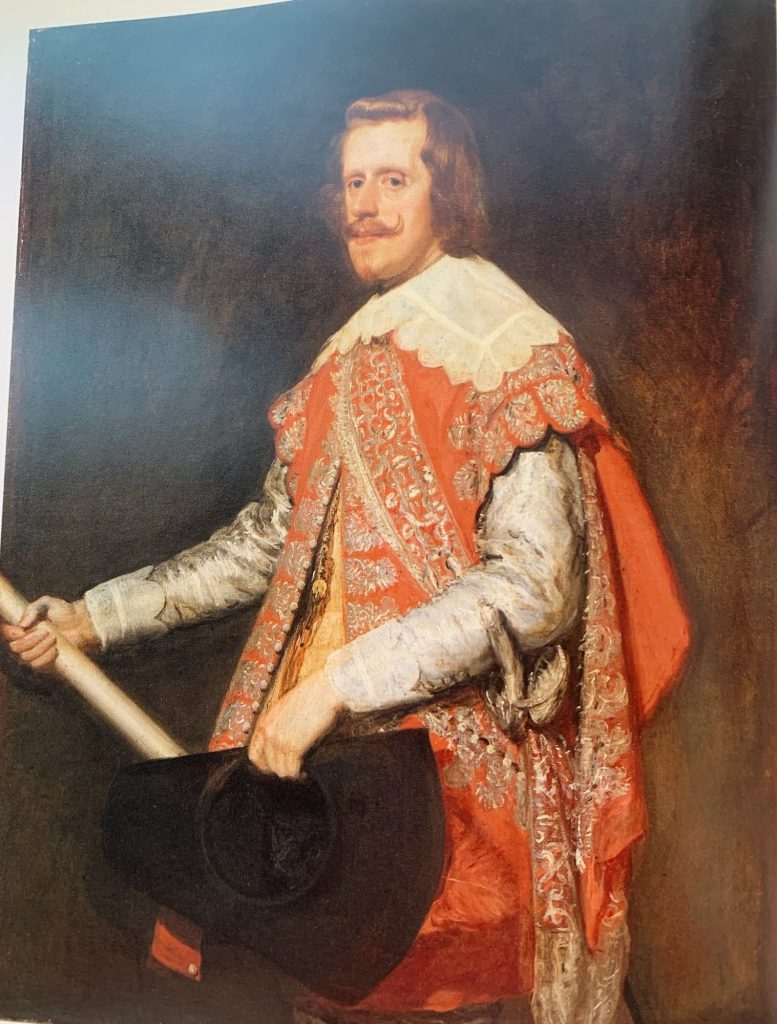 Velazquez.King Philip IV of Spain. 1644. Photograph of a photograph

The flip side is between that high quality protective glass and ceilings much lower than those built around 1913 , the overhead lights create crazy bounce back light that sometimes makes it near impossible to see the entire painting without shadows and highlights.

I found that as I made my way from the fifth floor to the first, the paintings I never cottoned to, such as those with too many pink-cheeked cherubim, I still don’t care for. But the paintings  I have always loved to see again and again I still love. At the Frick, I never pass Hans Holbein’s Thomas Cromwell and Sir Thomas More without stopping and considering the dance between the two men. They hang in a room decorated in the fashion of the high ornate lit by a baroque chandelier and once heated by a fireplace protected by an intensely carved mantlepiece, above which hangs El Greco’s St. Jerome. At the Frick Madison they are  hung on a simple gray wall. It is immaterial to once again considering the sober gaze of More and Cromwell’s snarky expression. Not to mention the colors and sensitivity of the way their clothes are rendered. 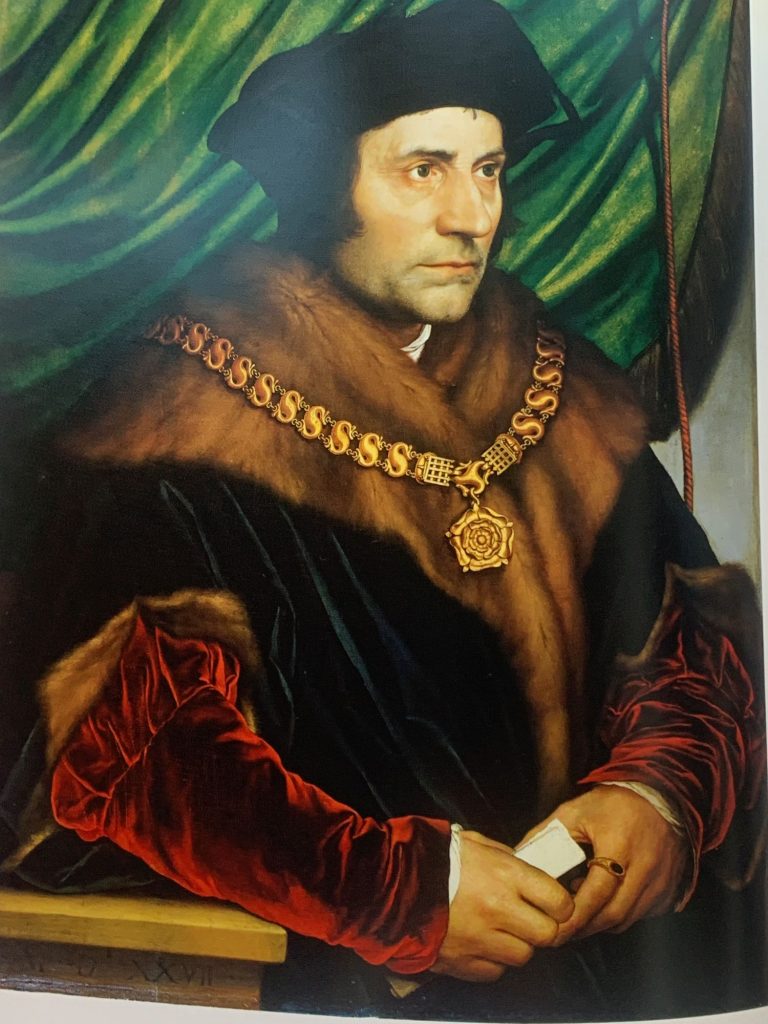 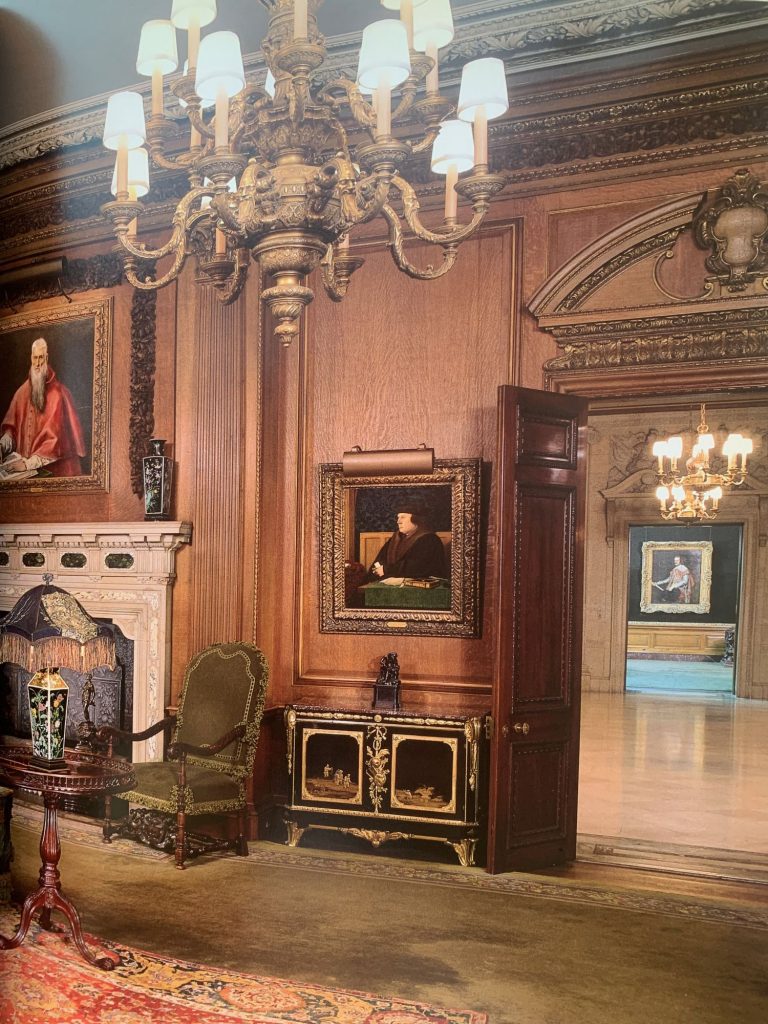 The Frick curators have been masterful. They figured out a way to ensure that the experience of looking at art is extremely prime, but the space is a very supportive backdrop.