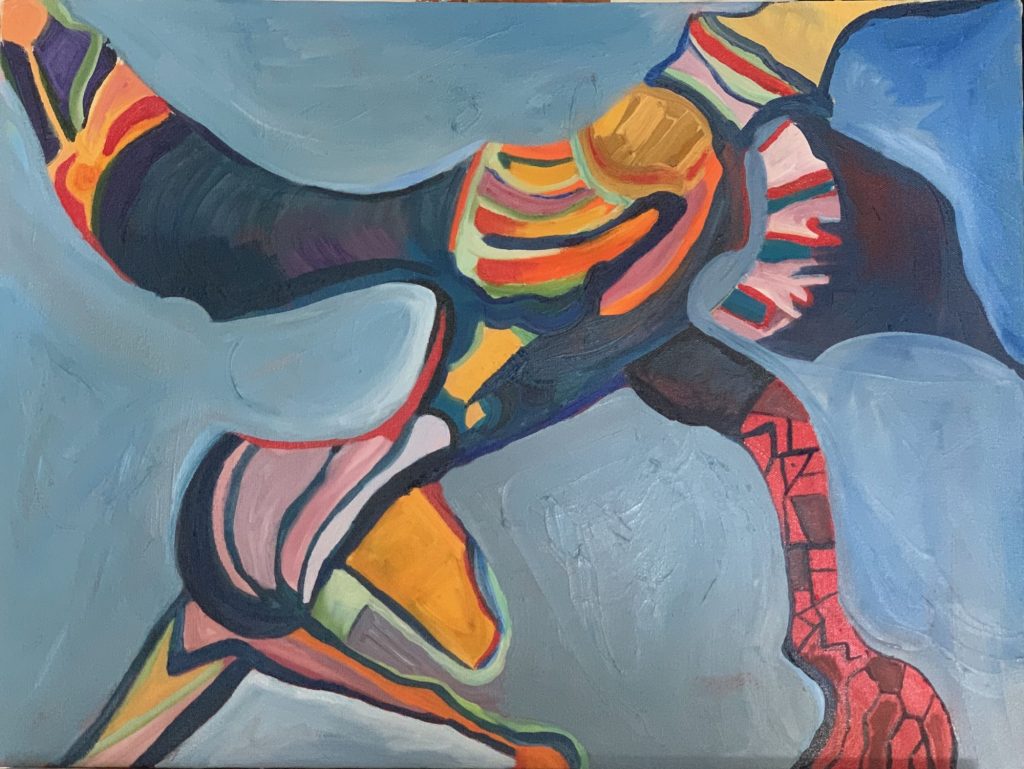 The Fragments are Intact.

I never call things “Untitled” since things need to be titled as identification. I do title them and I give it a lot of thought most of the time because things being called “Untitled” is a sign of uninterest, and I am interested.

I wrote out my impressions of the painting. The bird wears  a costume reminiscent of the colors I see in images of the commedia’dell arte character Harlequin. The bird is not comedic. It has a wing that has broken into many pieces, but yet remains intact. The head is partially detached but yet the bird moves forward with purpose and determination, unfazed. The colors are deep, all virtually the same value- opaque with so little transparency, but there is room for the bird to move because of the clearly defined negative spaces.

I went through many titles-Broken Wing, One Wing to Fly, Winged Fracture, but settled on The Fragments are Intact. As the pandemic lingers on the fragments of our lives remain intact and even greater portions push forward with determination and purpose.