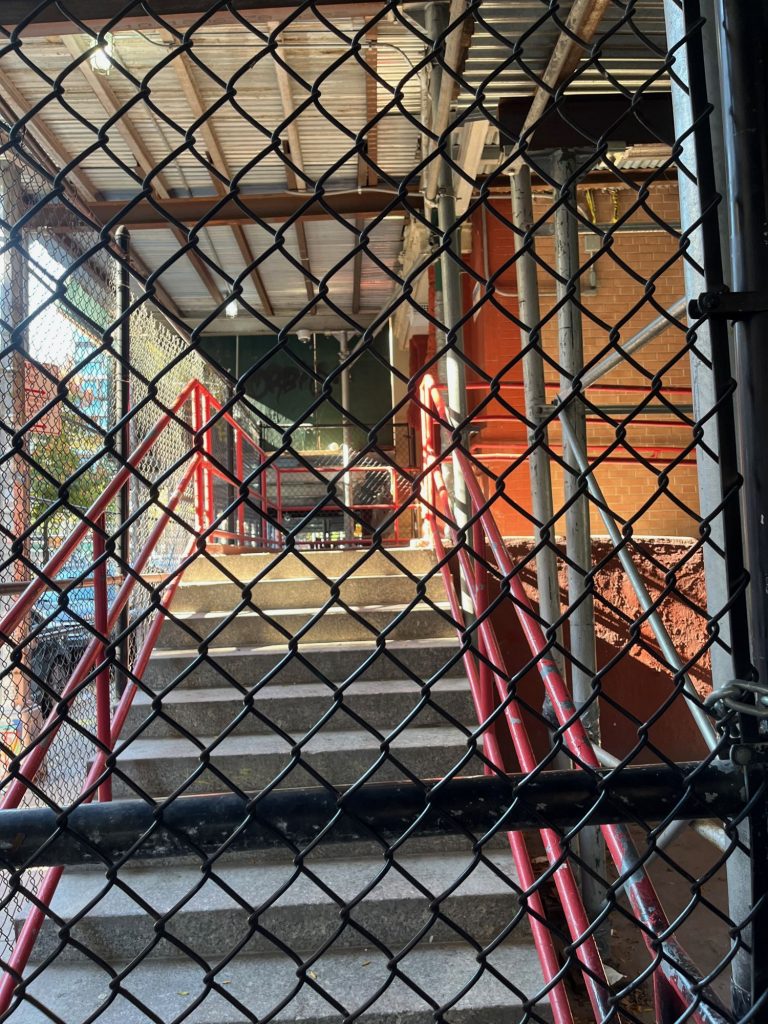 On the afternoon of November 6, I saw four fabulous gallery shows.

I started at Sunny NY, 155 E. 2nd St. to see Trudy Benson.  She works a new angle in geometrics taking Bridget Riley and Victor Vasarely to a zany level with an incredible mastery over color. It pulses out of her paintings.  It’s an uplifting show with someone who loves playing with your sense of perception.  The work dazzled! 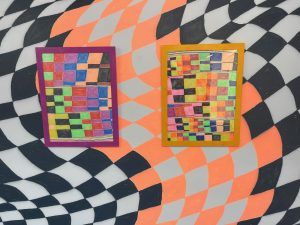 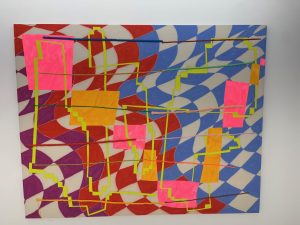 Then I walked south to JTT on Chrystie Street to see Diane Simpson. There had been an article on her in Hyperallergic and I took note that she was interesting and put it on my list of SHOWS TO SEE. I usually don’t respond to sculpture, but walking into this spacious gallery sparsely populated with these abstract, hard-edged mysterious sculptures that seemed as if they were assembled without any trace of the human hand being a part of the process, gave me a moment to pause and ponder. I interpreted the pieces as altars, windows, chairs, and fences-each one drawing me in and keeping me out. Each sculpture, in its simple defiance to withstand logic,  conveyed a powerful soulfulness and spirituality.  I did miss the pundits’ perception that the source material of the architectural drawings is critical to the work. 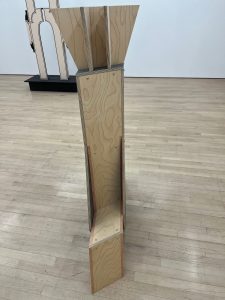 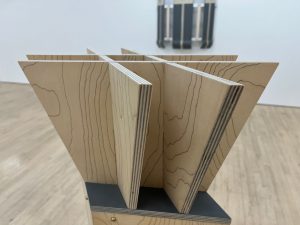 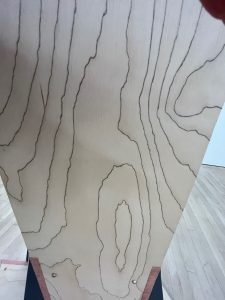 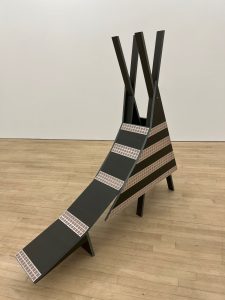 My next stop was Baxter Street to see Sandita Malik– I had seen images of her photography online, but they do not do the work justice. I walked into the gallery and was immediately taken in by the women in the photographs. The brides to be  come alive as they are set off by their own hand embroidery such that her sari, her veil, her jewelry is embellished with lovingly sewn thread.  Each photograph brings out the opulence, attention to detail, and beauty that is invested in the marital process-but also to me captures a sense that these women become captives– hidden, veiled, covered up. 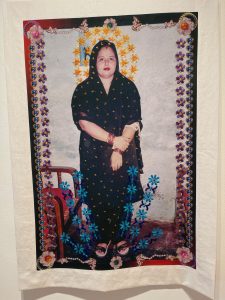 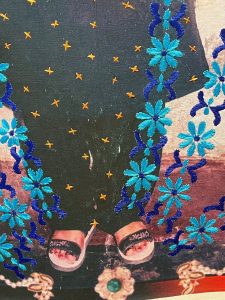 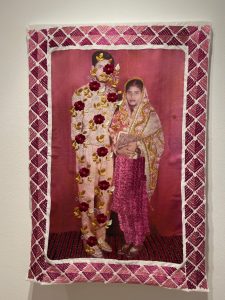 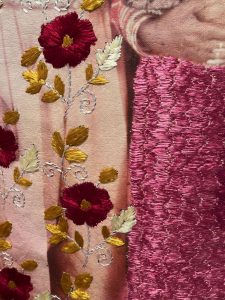 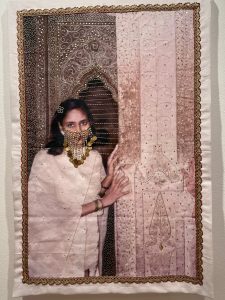 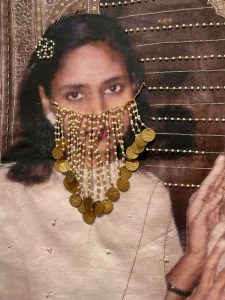 By embroidering portraits of the past, Malik’s collaborators recall, recollect, remember, and reclaim their narrative; the language of embroidery reshapes the memory of the photograph. At the same time, the project pushes the boundaries between what has historically been considered handicraft or fine art and re-contextualizes women’s work in India. Spandita Malik is grateful for the collaboration and friendship of the twenty-two participants in this project, whose embroidered portraits are on view in this exhibition.

My last show was Addie Wagenknecht at Bitforms gallery. She creates perpetual paintings with IV bags filled with red paint and blue paint- liquidy, oozy, shiny, and thick that somehow are programmed to drip paint as a clamp loosens and tightens. I am watching it being made. There are 3 paintings in progress and process. In one the red and blue paint pooled in a thick morass of deep purple- the other two are less muddied. 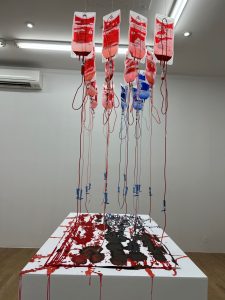 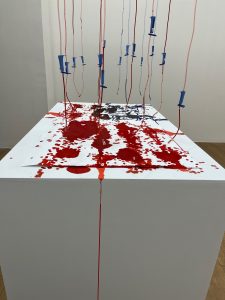 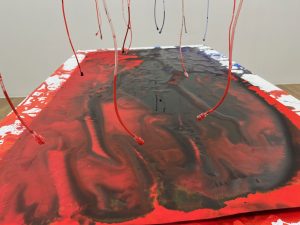 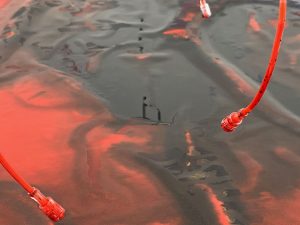 I was unaware the show, titled every day the same again, was a political statement but when I read the press release, I learned it was was inspired by Jasper Johns flag paintings and that:

every day the same again extends the artist’s investigation of the flag as a totem of the American Dream and its shattered utopias. She writes:

“Like a cracked screen, we often view the world via and by it for months or years before we ever bother to try to fix it. America is hard to see, and as an artist, I think you need this constant sense of being able to escape and vanish and feel. People always ask me where I consider home. Home, like America, is a complicated word. I have spent the last 5 years looking at America and trying to figure out how to renegotiate it: science is no longer considered fact, feelings have become politicized, colors have become politicized, everything has become a weapon. Even existing online—the private is public and the public is private and everything is political.”

I think she says this beautifully and it definitely opened up and enriched the work.

On my walk home I stopped in Chinatown and bought a 1/2 roast duck from a place on Grand Street. There was a New Yorker review stuck in the window so I decided to try it. Mighty fine!