Peggy Lee in the Morning. 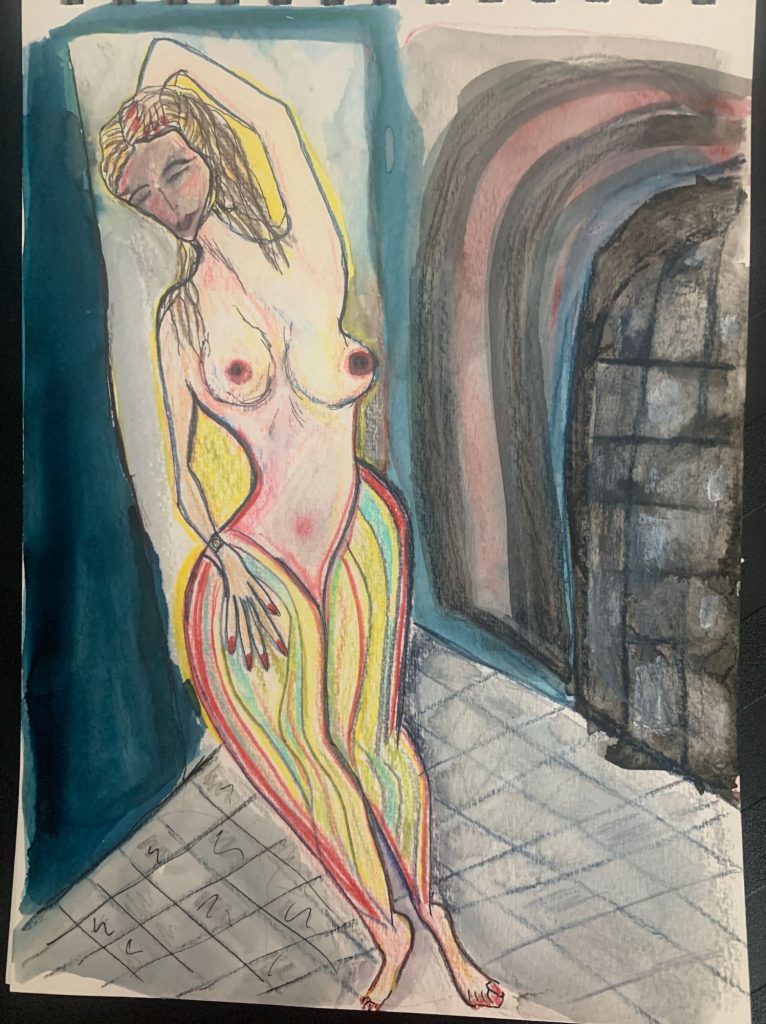 Peggy Lee in the Morning

The other morning I listened to Peggy Lee sing Is that all there is over and over again while I drew a glazed ceramic figurine of a woman with an enigmatic mien of confidence and tranquility, set upon a torso of all hip and stance.  She is my Muse of the Moment: 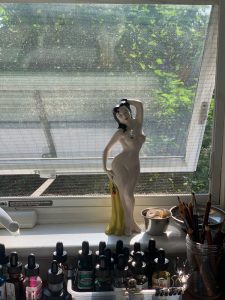 She represents a duality: the ideal and the false ideal that female beauty is a sculpted torso accented by substantial hips and ample breasts. The imagery dates back to at least the 2nd century BCE if not earlier. From the Venus de Milo through to  Botticelli’s painting of the “The Birth of Venus” dated to 1465 and onto the vivid depictions of women as pin-ups for men to gaze upon during World War II, the visual concept that female-ness embraces curves travels the history timeline.

In my teens during the 70s, I was a worshipper of Gloria Steinem and all things feminist, and yet My Muse was and remains a shiny example of what the female body was supposed to look like when I was growing up. And it is true, her curves keep her endlessly fascinating to draw.

The other morning as I drew her, I listened to the music and lyrics that the songwriters Jerry Leiber and Mike Stoller captured to explain how anticipation and lived experience are frequently in opposition. The singer goes to the circus and sings:

And she grows up and falls in love

And after these disappointments of what she expected and what happened, she concludes she’ll still always show up because even as we reach “that final moment…and [she’s]
Breathing [her] last breath, she’ll be saying to [her]self
Is that all there is, is that all there is?
If that’s all there is my friends, then let’s keep dancing
Let’s break out the booze and have a party

And so I drew and couldn’t quite block out the fact of rising Covid cases and mutations and unvaccinations and new masking requirements and so my muse is not quite dancing- she’s still a little barricaded in behind a heavy door, but hopefully she heard the words to keep dancing because we must remember all the good amidst all the craziness.