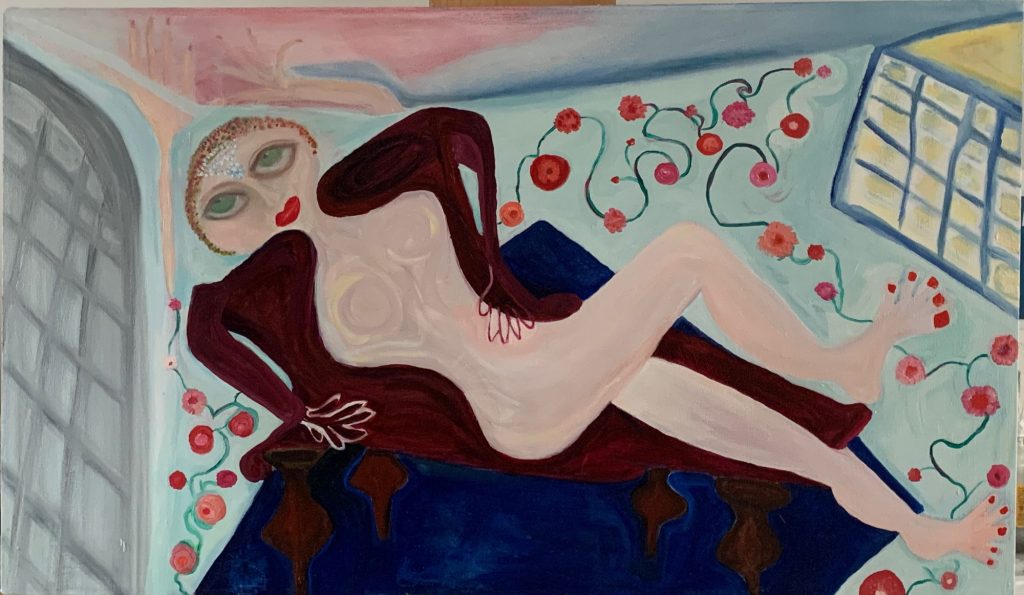 Since March, just about when we were at the anniversary date of living with a pandemic for a year, I began drawing women in cramped spaces. In one series, she is lounging on a daybed. The daybed is based on one located in the Roman galleries at the Metropolitan Museum of Art. It is dated to the 1st-2nd century CE. I love the design of the couch with its scrolling headrest and footrests. I love the carnelian red inlay and geometric design in the panels between the bone carving that functions as the bed and the sculpted figures from Greek that serve as the legs. 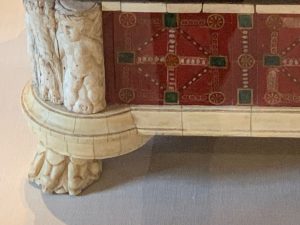 Detail of couch with foot sculptures. 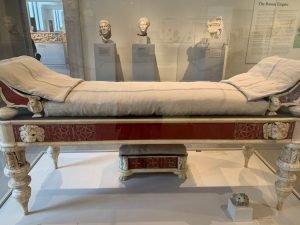 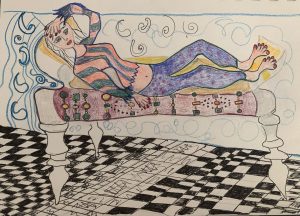 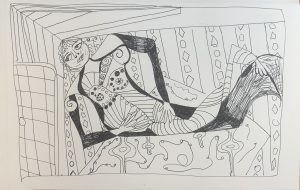 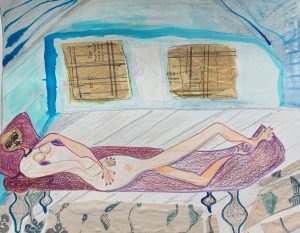 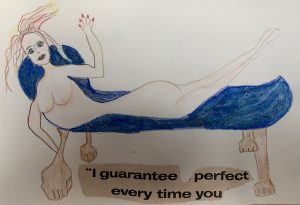 I guarantee you perfect every time. Mixed media. 8×5″. 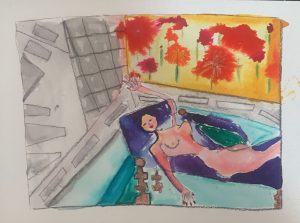 August, 2021. Hello from my daybed. Colored pencil and watercolors and pen and ink. 8×6″

And so it goes day in and day out. According to my pundit friends, we will be out of our cramped places no later than May, 2022!