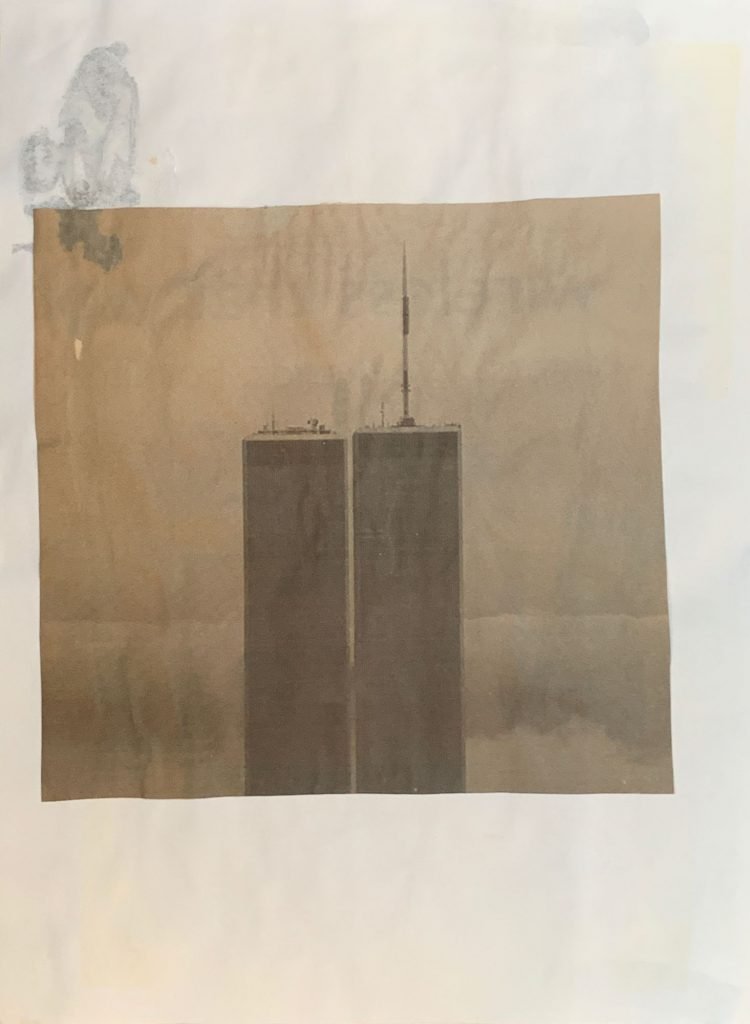 I was in my apartment on 22nd Street. It was Tuesday and the sky shimmered the purest blue without a cloud in the sky. I was painting and listening to the radio totally absorbed in the marks emerging on the canvas, oblivious to the sirens blaring on 2nd Avenue. I got ready for work and en route ran into someone from my office who told me the Twin Towers had been hit. It was not clear if it was an accident. I continued to work . There was a meeting with a client in the conference room. News came of the second tower and the Pentagon and it was no longer an accident. I went home and remember how I could not grasp it, fathom it, believe it. It was a cinematic event playing out in a dream from which I would wake. That night my friend came over and we stood on the roof and saw and smelled lower Manhattan on fire. The smell of burning lasted months. The sun continued to shine and the sky stayed crystalline blue for a week. Nothing seemed to have real substance but the pictures of lost people on bus stands, in the subways, shop windows, and any other vertical support that could be used to place a portrait of a loved one. That was the urban landscape. That and the gaping ragged edges of the Twin Towers. That and the thousands of tireless first responders, caregivers, nurses, doctors, firemen, policemen, volunteers that gave their time to heal, fix, and support. I saw the pictures of explosion and devastation, but I wasn’t scared. Fear was not part of the equation- just a profound surrealism. There was no clear path as to why it had happened, and yet there was.

Today, the weight and history of time allows me to feel the horror in a way that I could not allow myself to feel back them. It was too overwhelming to allow all the feelings to flood in, especially when there was so much grief and loss to others. 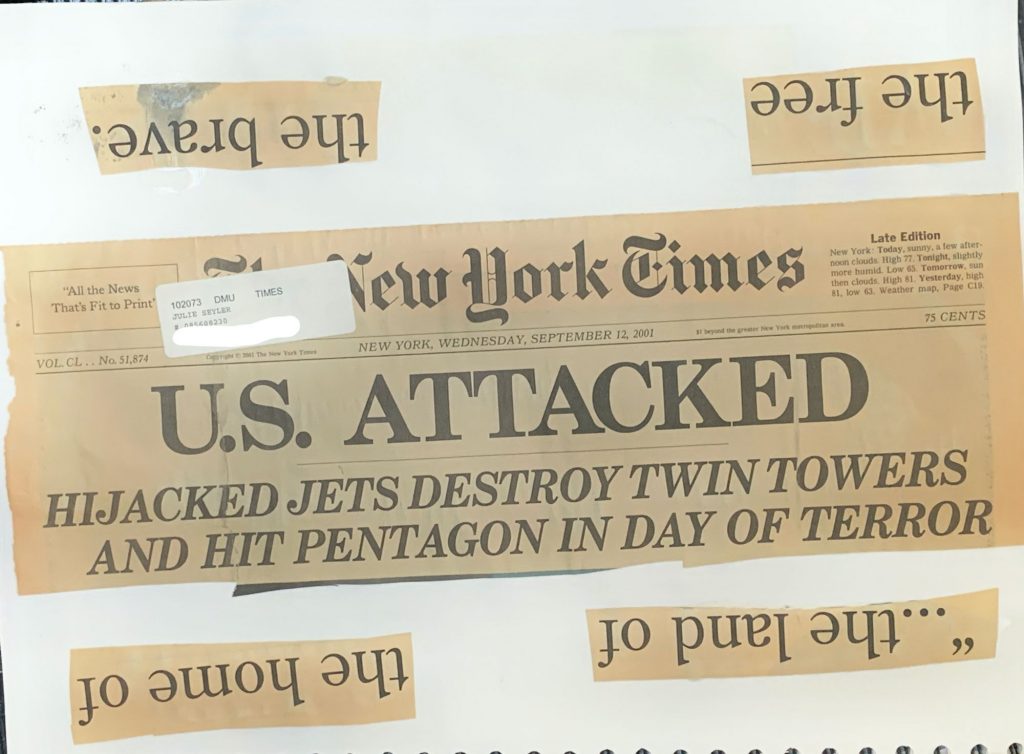