My Love Affair with Alice Neel 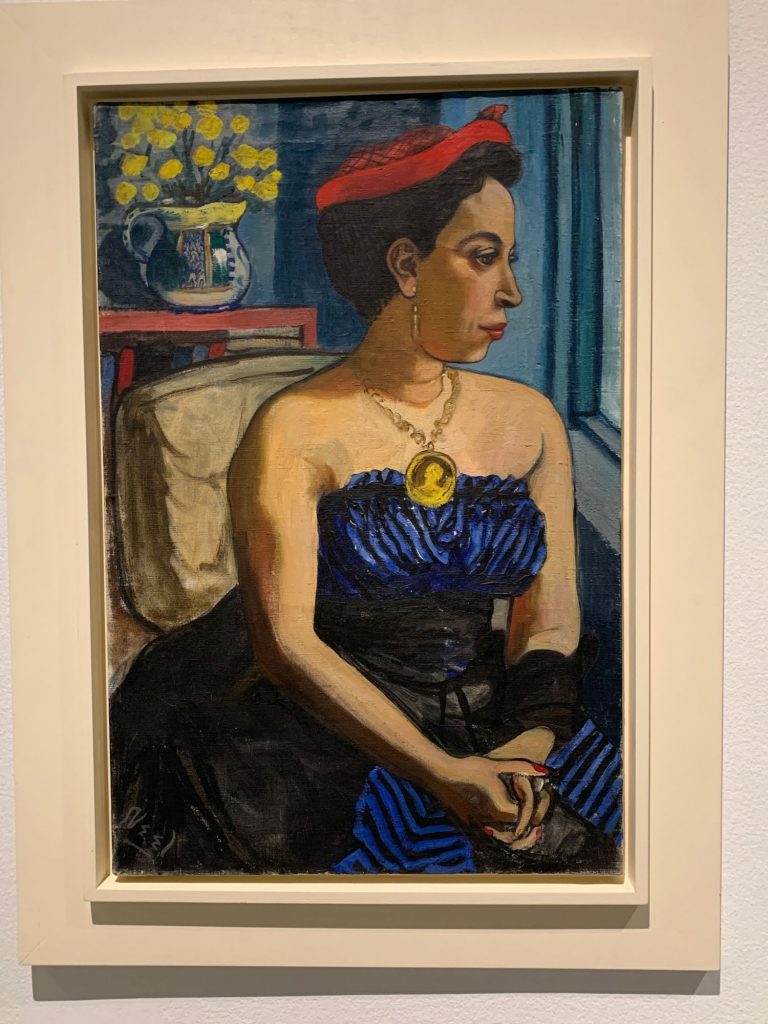 I fell in love with the artist Alice Neel in 2000 when she had a retrospective at the Whitney Museum. I knew her work because she is in the permanent collection of many museums, but that exhibit where her paintings were concentrated into condensed viewing spaces made the point that she was a magnificent colorist. Her colors are unusually paired complements, densely applied opaques side-by-side to marks that barely scrape the surface of the canvas. In many works a blue line of deepened indigo, with an undercurrent glow of ultramarine is deployed to highlight the figure. That show was where I first saw her self-portrait – naked, vulnerable and assured. It is a beautiful painting of what age looks like -a time to be powerful and fearless. 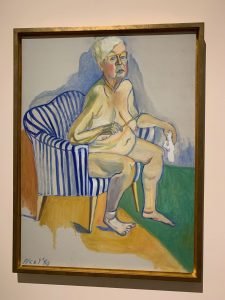 I bought the catalogue because either I did not have a camera with me or back in 2000 the museum would not permit picture taking with film. The reprinted paintings hardly captured the vibrancy of her colors, but I had a reference.

I saw the show up of her work at David Zwirner in 2017 and wrote this in my journal:

Alice Neel; she is one of my favorite painters. Her portraits are filled with love and her connection to her sitter. If she did not feel something she did not paint it. Her colors are beautiful complements unusually paired but painted with such force, integrity and commitment. The show up at Zwirner is excellent just for the variety of ways she portrays a woman’s mammaries – always ready to nurture even when scared or distrustful.  Alice Neel painted to tell her life and the life around and to depict the people and causes that meant something to her.

I also caught the portrait show Zwirner held in 2019 when Covid 19 never had touched our consciousness, remembering with delight the portrait of Annie Sprinkle who I’d once been lucky enough to see in-person. 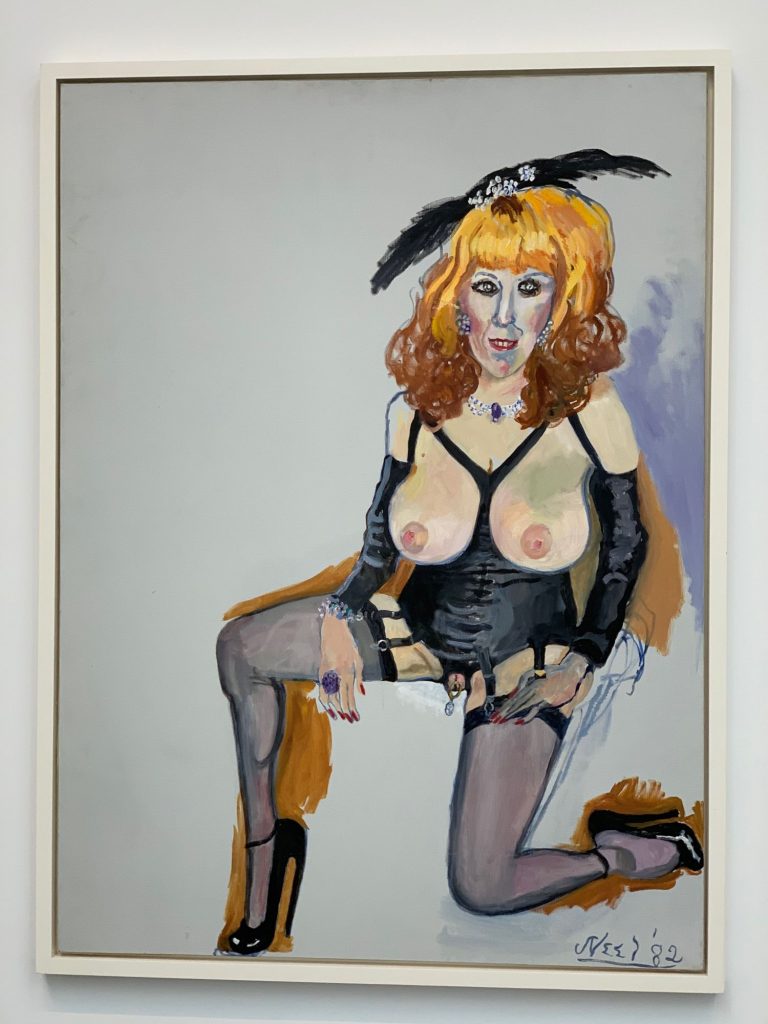 A new exhibit of Alice Neel’s work is now up at the Metropolitan Museum of Art. I went online and got a timed ticket for 10:00 during the week and again her paintings filled me with joy and sadness.

The show was not overrun and I had time to linger over her portrait of the artist Benny Andrews and his wife Mary Ellen.  Look at the way she painted stripes and it made me remember he once painted her. 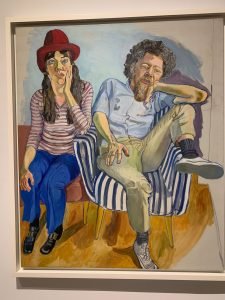 The artist Benny Andrews and his wife Mary Ellen. 1972 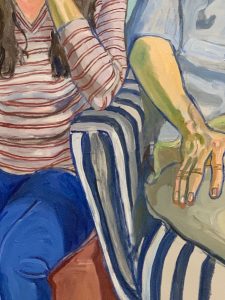 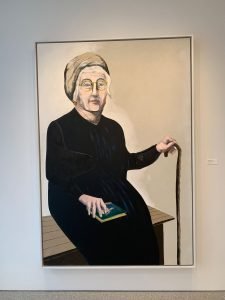 Her life was not easy. She had complicated abusive relationships with men, lost two daughters- one to diptheria before she was one years old and and one to a husband who refused to let Alice see her. She also had two sons and 2 daughters-in-law and grandchildren who she painted with love and adoration. She never shied from the reality and enigma of birth and death and the multiplicity of emotions that arise from such experiences. 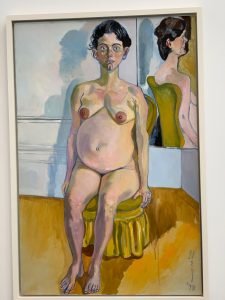 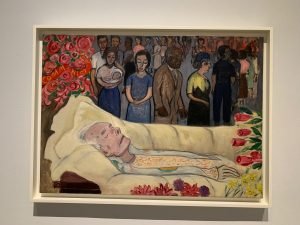 Her work is an autobiography of her and her family, friends, people she met, the politics she believed in, the joys, as well as the loneliness she felt. She used paint to depict inequities that arise from poverty and racism. 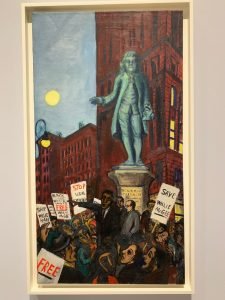 Save Willie McGee. a painting of a Black man who was wrongfuly accused of rape. This was a protest at NYC City Hall circa 1950.

She was committed to social justice throughout her life because she was a witness to prejudice and used her art to protest it. Her paintings are beautiful because she uses oil paint to tell us a story with sensitivity.