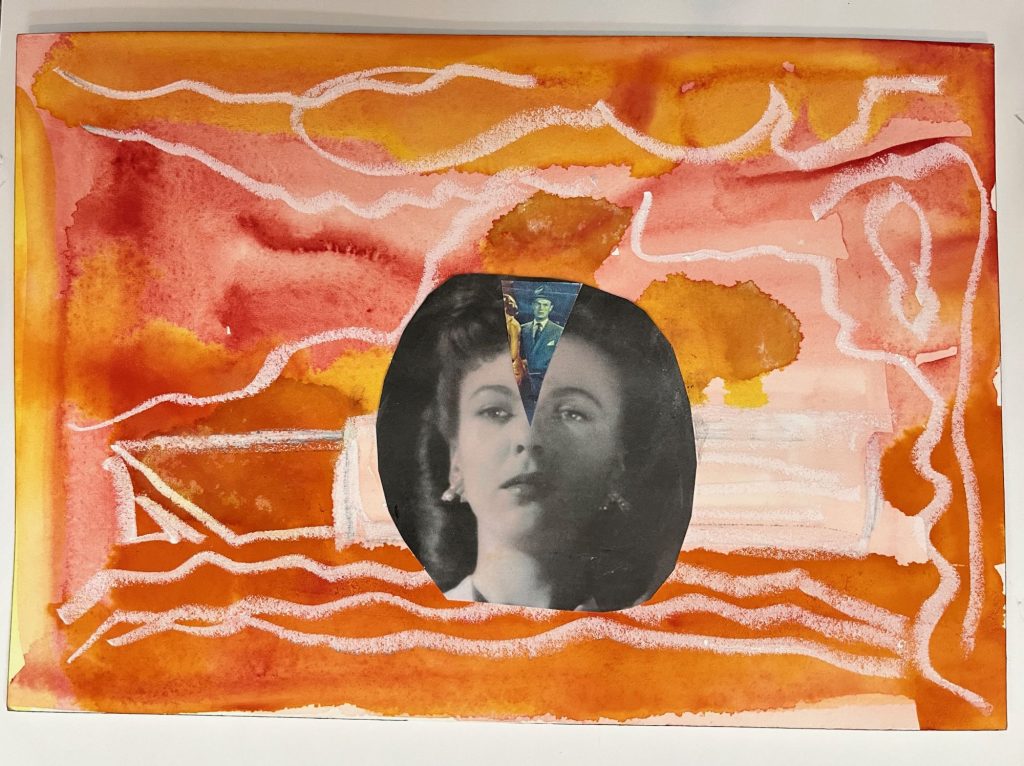 I save photographs and film stills of movie stars that reigned in the first half of the 20th century. To honor my icons, I preserve them forever in my art.

This is from a film still of Joel Mccrea and Delores Del Rio in the 1932 film Bird of Paradise. The passion that the scene conjures up between the lovers made me think that what happens when one is without such passion? 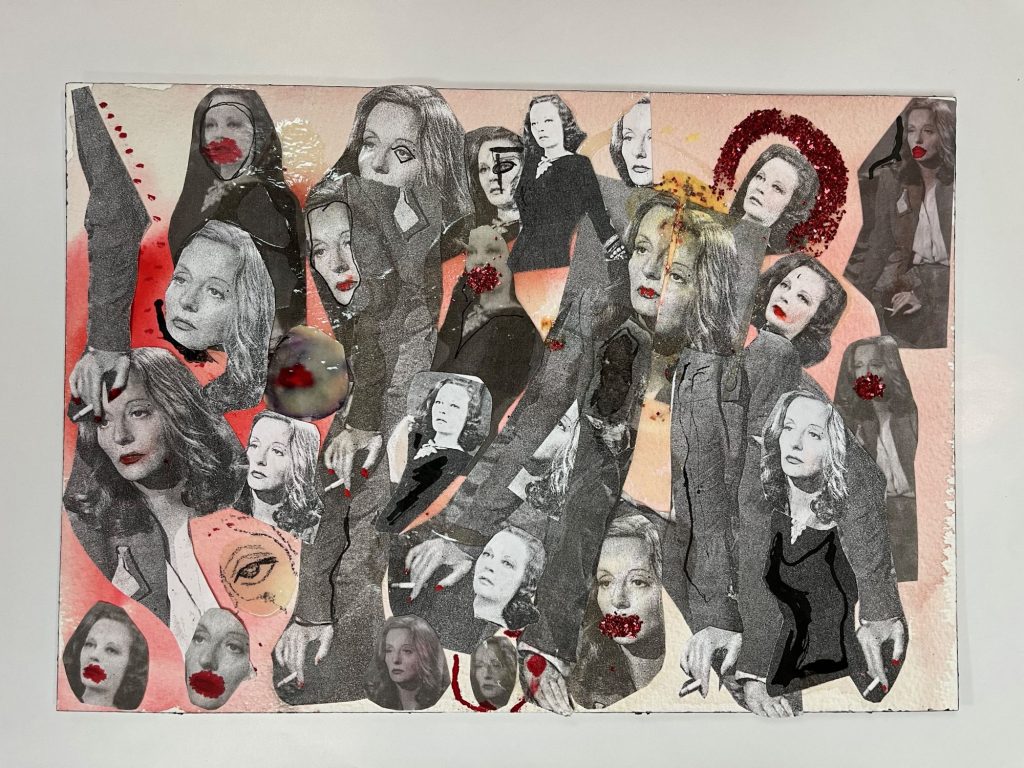 Tallelulah Bankhead made one movie, Hitchcock’s Lifeboat, (1944). Otherwise she reigned on the stage so the only way to watch this enigmatic persona is to be in the mood to see an incohesive group of travelers survive an attack at sea by the Germans during World War II. 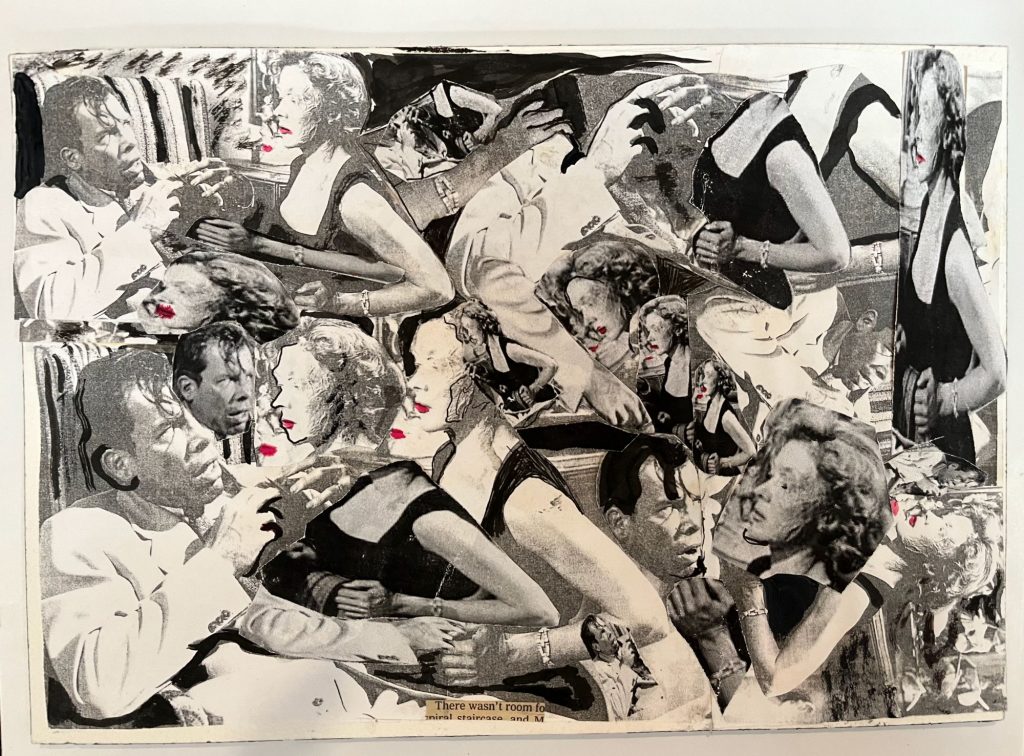 In the movie The Big Heat, Lee Marvin throws a teapot of boiling water at Gloria Graham. She seeks her revenge.