From the Old to the New and Back Again: Cosmetics 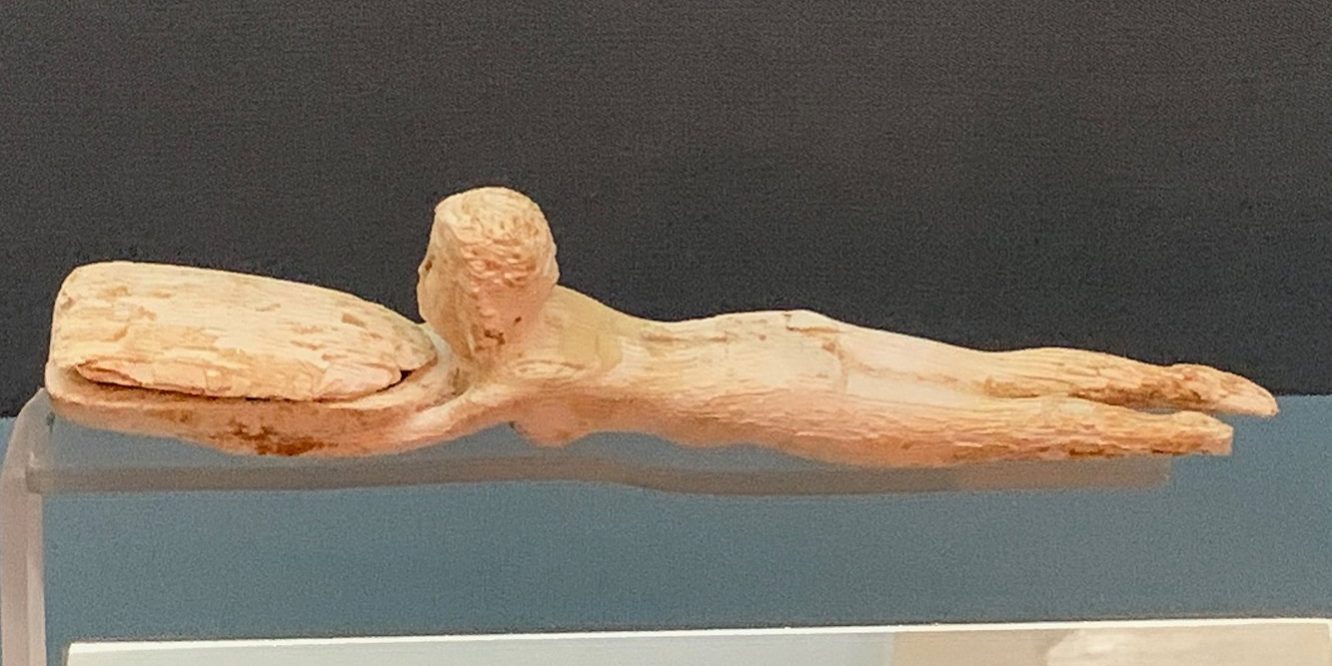 Artifacts that date back to the ancient world, a timeline spanning between 10,000 BCE and 300 CE, excite me. A wine goblet used by the ancient Greeks to celebrate a sports victory is a direct antecedent to Tom Brady’s drunken revelry after his 7th Super Bowl win. People like to party after something has been hard won and achieved and it has always been so.

The connections of similarity between human beings who inhabit different worlds, and practice different cultural mores, in time and climate zones far distant from each other, do not falter. A mother’s love for her child; the sadness experienced at the death of a loved one, the desire to revel with wine and beer are part of the collective unconscious of the human psyche. Such feelings have been depicted visually in paintings, graffiti, sculptures, decorated household utensils since nomads began domesticating about 12,000 years ago.

So when I came upon this ivory ointment container in The Bible Lands Museum in Jerusalem in December, 2019, (our last foray outside of the country pre-Covid), I smiled. It is approximately 7” long, but oriented horizontally. A naked girl is positioned on her stomach, her hands, extended in front of her, delicately bear a closed clam shell. The diminutive sculpture evokes a swimmer bearing a gift.

Long before I discovered the trick of cosmetics, women in the ancient world were using plant dyes to make ointments and powders to color their lips, eyes and hair. There were no plastic tubes and jars in which to store the tinctures and pollute the environment. Rather artisans throughout the trading world of the Mediterranean produced high tech vessels made of glass for the purpose of holding the creams, ointments, perfumes, and makeup of the ladies of leisure. But this artist took the functional and converted it into a naiad, the female spirit who presides over babbling brooks and others sources of fresh water such as fountains, wells, springs, and streams.

It was made in Egypt, about 3000 years ago during the reign of Queen Hatshepsut, the woman pharaoh who portrayed herself with a beard to emphasize the breadth and strength of her power. She ruled in the eighteenth dynasty between 1550 and 1307 BCE in Egypt.

And to tie my little swimmer to the 21st century, not only does the makeup industry thrive because it is built on the pleasure everyone takes in self-adornment, but this object was produced when the leader of Egypt was a woman studied for tips on how to govern well and effectively. Many great engineering feats were achieved under Hatshepsut’s rule because women have power!