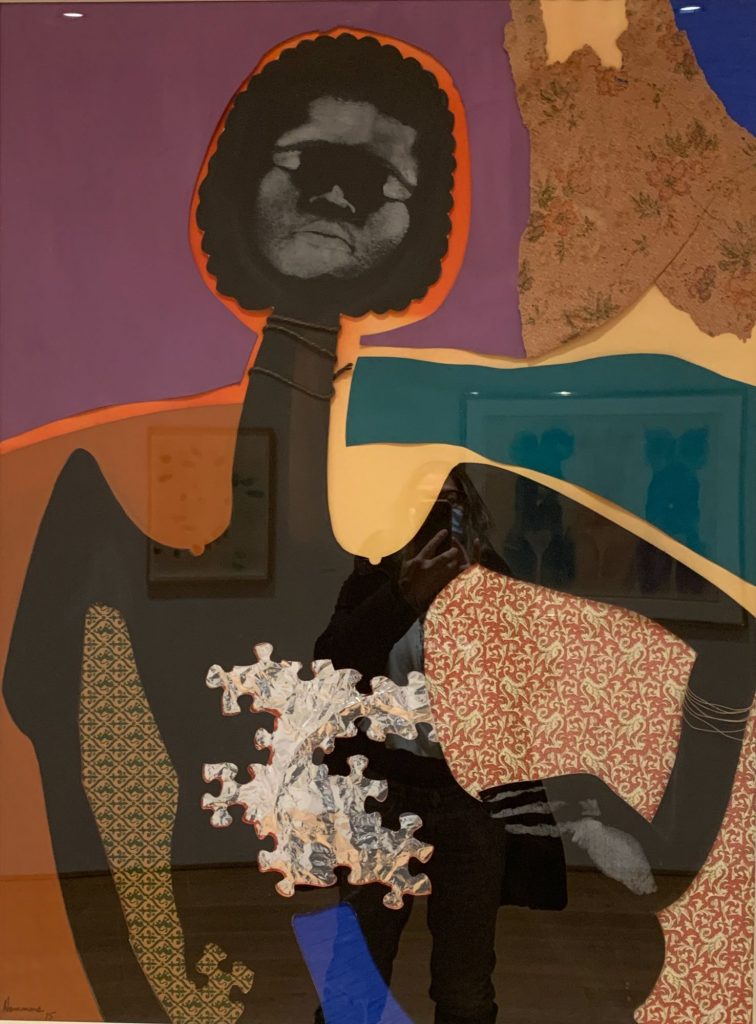 I do not recall when I first became aware of the artist David Hammons. Maybe it was in 2006 when I read he was having a show at Triple Candie called the “Unauthorized Retrospective“.

In a 152 page blurb in the Press Release, he was described as: 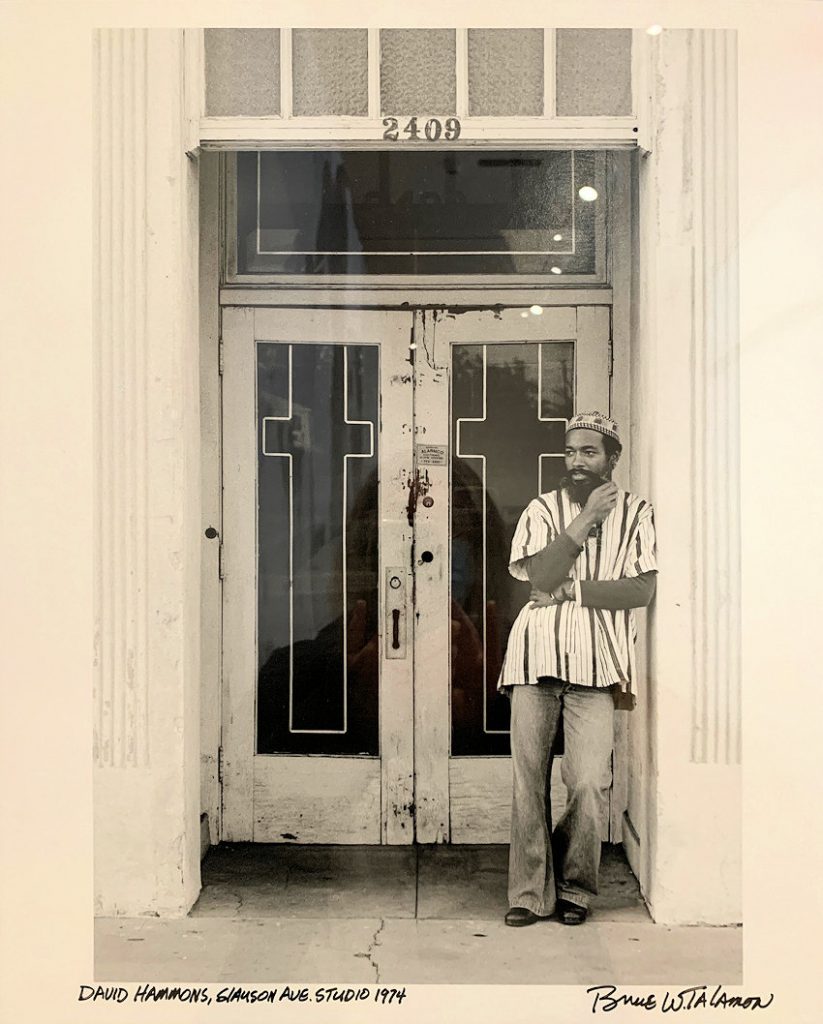 If one of those statements is accurate, he would be an amazing artist, if they all fit him, he would have to be incredible. I never got up to see the show at Triple Candie, but my antennae were on high alert for work by David Hammons. I started noticing pieces of his at MoMA, the Whitney and in various shows around town. Most were sculptures, and each time I would smile or laugh because he would invert the mores of the day in a cunning manner. When I saw that the Drawing Center in Manhattan was doing a show titled “David Hammons: Body Prints” opening February 5, I put it in my calendar. 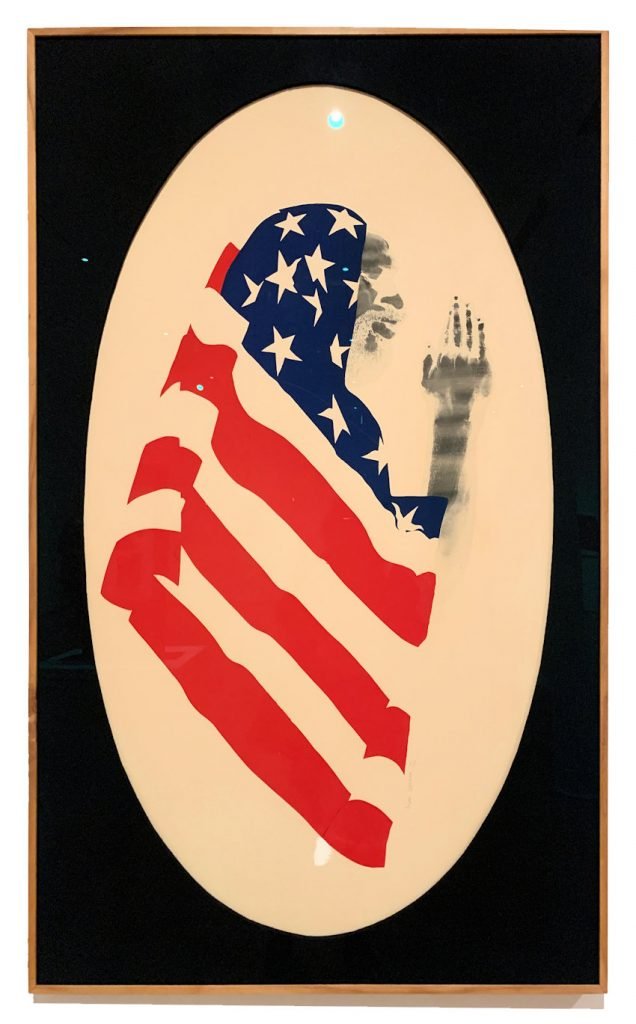 The Press Release explained the show would focus on his early works on paper – monoprints and collages “in which the artist used the body as both a drawing tool and printing plate to explore performative, unconventional forms of image making”.

I was not looking forward to it. I usually do not find prints of the human body compelling. But, I love David Hammons and want to always see his work, regardless of my anticipated reaction.

The works are made from grease, pigment and paper. He converts these pedestrian and ordinary materials into history and beauty. I found the prints and collages and assemblages to be brilliant and powerful and most definitely hitting a nerve with their raw truths. For me, each work was an exclamation point of the artist, his feelings, his sense of urgency; his shock and rage at the status of being a black man in the United States in 1969. Nixon was President, Vietnam was raging; racism was openly pervasive. White men held their reins tightly. As succinctly summed up in the Press Release:

More than a half century after they were made, these early works on paper remain a testament to Hammons’s desire to reinterpret notions of the real; his celebration of the sacredness of objects touched or made by the Black body; his biting critique of racial oppression; and his deep commitment to social justice.

I can’t say it loud enough, the show delivered on so many fronts.