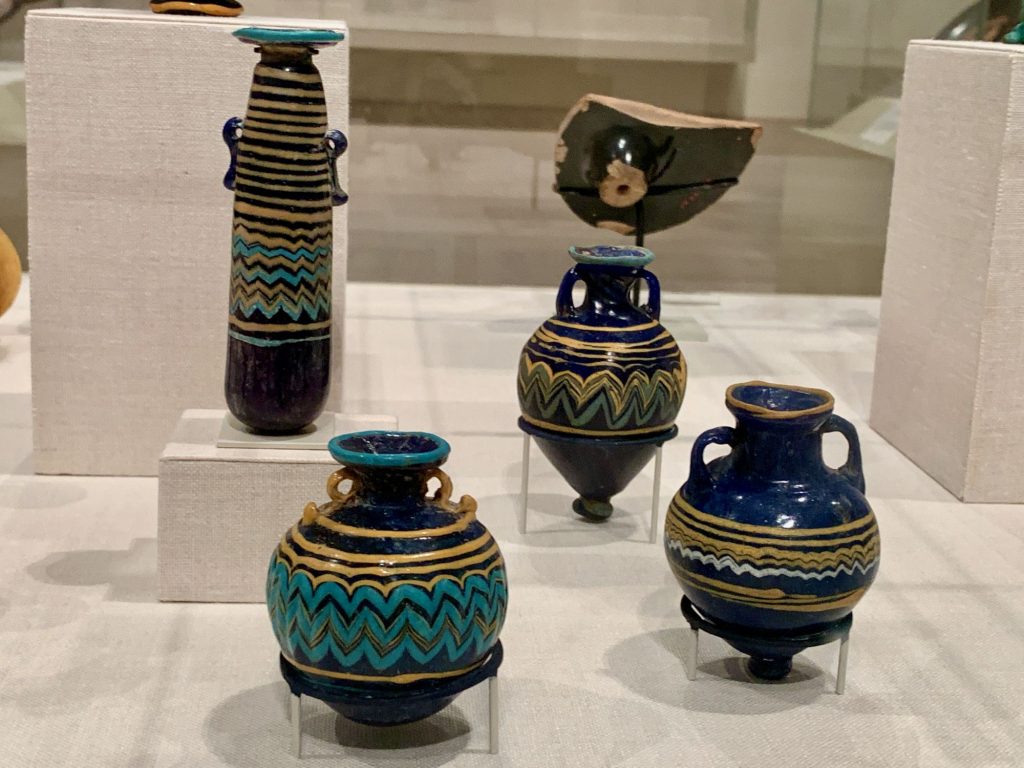 Years ago, while wandering around the Greek galleries at The Met perusing the red-figure and black figured vases that characterize Greek art in the 6th and 5th centuries BCE, I came across core-formed glass vessels and fell hard for them. They are ever so diminutive, made of circling threads of glass predominantly in deep blues (from lapis lazuli), pure turquoise, dusky yellows (from jasper) and faint touches of green where the blue and yellow have mingled. The colored strands coil round and round coalescing into mini-pitchers and vases that functioned as containers for perfume for the leisured class. Like today where creatively designed glass vessels are used to package scents and unguents, the core glass vessels served as both an object of beauty and an enticement to what was held within. Judging simply by the collection at The Met, core glass vessels were lucrative and popular items on the trading circuit. 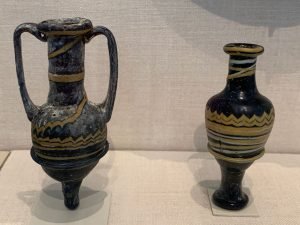 The art of making a glass vessel from a core made of sand, clay and some inorganic material that would withstand the intense heat of molten glass being wrapped around it again and again was known as far back as the 15th century, but the location of these earlier vessels is northern Mesopotamia.  There was a lull in production between the 13th and 10th centuries and then production resumed with a different esthetic.  The colors and designs, the lines and the shapes  of the style that emerged between 600 and 400 BC in the city-states of the Mediterranean are studies in the painted line and an abstract work of art. 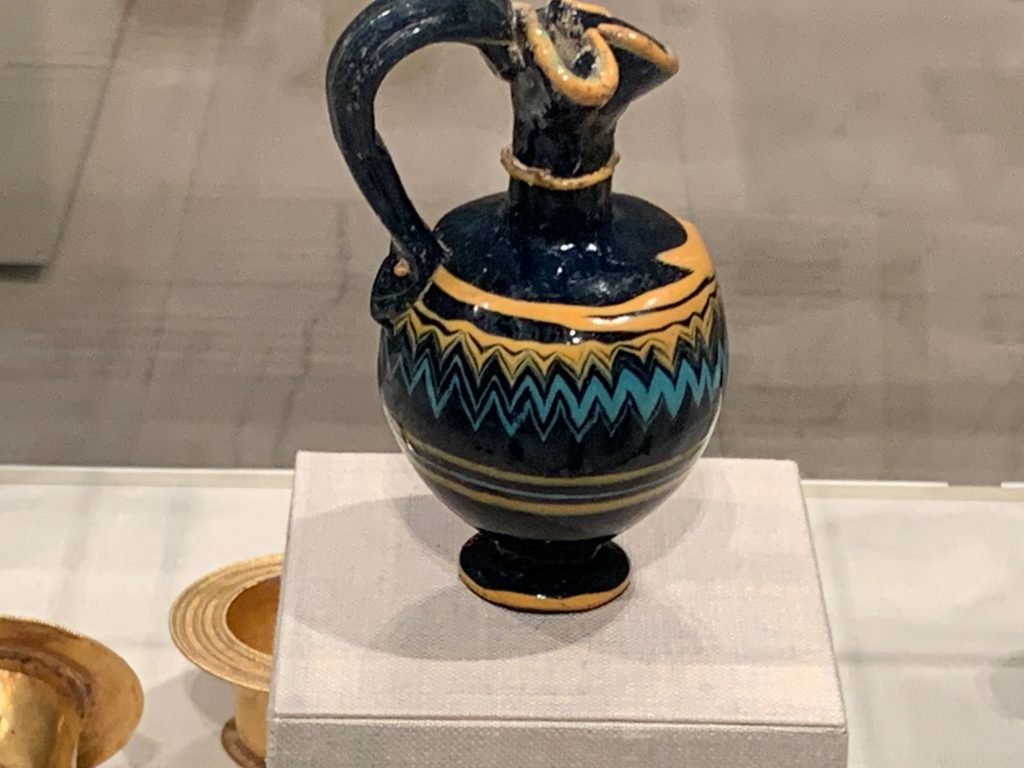 Pitcher in the form of a perfume vase 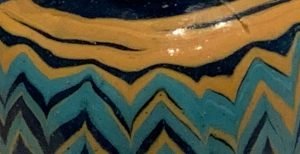 Within the context of history, neither their value nor production compares to the achievement of the Parthenon, which was built in roughly the same era as my favorites, but they hold their place in the world of functional beauty and technological achievement.  Their beauty lies not merely in their petiteness, but in the fact that each one holds a distinct painting within. 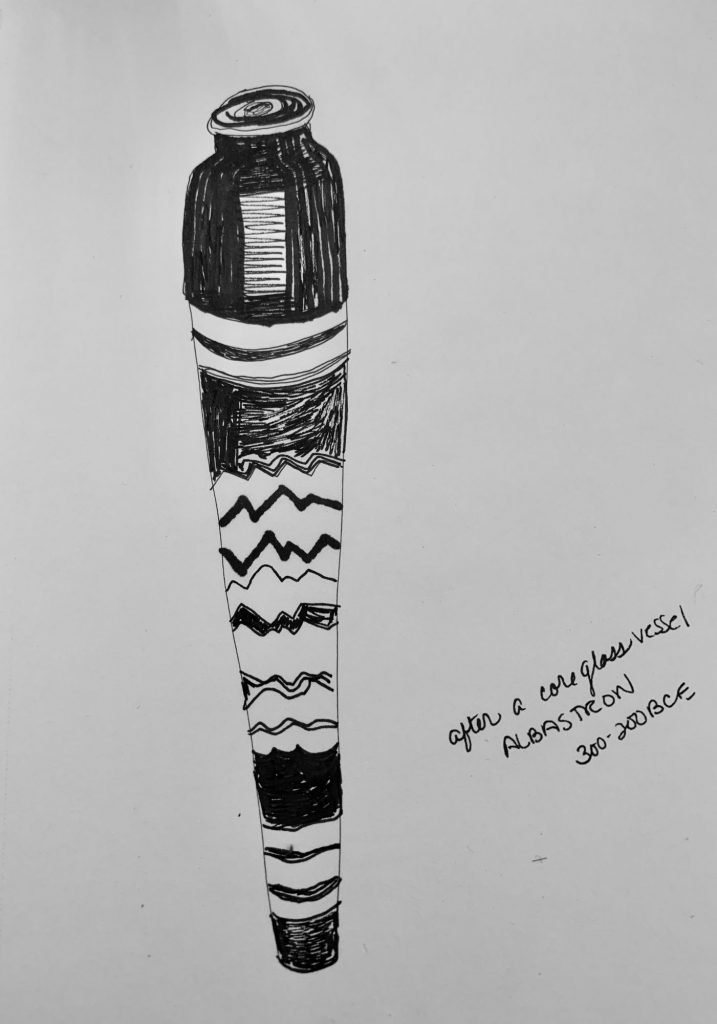